Banned Moto2 rider Romano Fenati has paid too high a price for his incident at Misano and is being "treated as a murderer", MotoGP's Aleix Espargaro believes.

Fenati grabbed rival Stefano Manzi's brake lever on the straight during the race, an action that earned him a black flag and a two-race ban.

Dropped by his team, released from his contract for 2019 and suspended from racing by the Italian federation, the 22-year-old has suggested that his career is over – which left Espargaro "devastated".

"What Fenati did is completely it is unbelievable. I don't know how the brain of a rider, a brain of a kid can think to do that, it is crazy," Espargaro said. "It is not the first time that he did something like this.

"But to do this and the result is that we are treating him as a murderer. It is crazy, he is just a kid riding a bike.

"He made a big mistake, he has to pay for it. He said that he feels very sorry, that he will not race anymore and he will go back to working in his city, I was devastated."

Espargaro pointed out that a similar move from Fonsi Nieto on 250cc rival Toni Elias in 2004 had no major repercussions.

"Times change, the penalty has to be a lot stronger than in the past because we have to learn, but come on."

The Spaniard stressed that Manzi had not been blameless either, describing the six-place penalty he got for running Fenati off-track as "bullshit".

He then argued that the Fenati situation snowballed beyond "common sense" in the aftermath of the incident.

"For me the ball was getting bigger and bigger, and that ball gets a super high speed and I read also many things about the court in Italy that wanted to [pursue legal action].

"Riders were doing worse things with a lot worse image every weekend and nothing happened. Okay, he did a big mistake but I feel very bad, sincerely."

Espargaro said he would have no issue if Fenati, who was once regarded as one of grand prix racing hottest young talents, made it to the premier class one day – as long as he had "more control".

"If he's still doing this [going forward], it means he didn't understand anything and, okay, they can ban forever," he said.

"[Jorge] Lorenzo one day said one thing that I liked, he said that when he was young he was constantly doing stupid things and when they make a penalty of one race [ban], he switched and changed and no more negative actions.

"So maybe was good to do a shock, to Fenati, a penalty to not race anymore this season and I'm sure he will change it.

"I don't have a problem if he is coming to MotoGP obviously at all. We have worse riders in MotoGP." 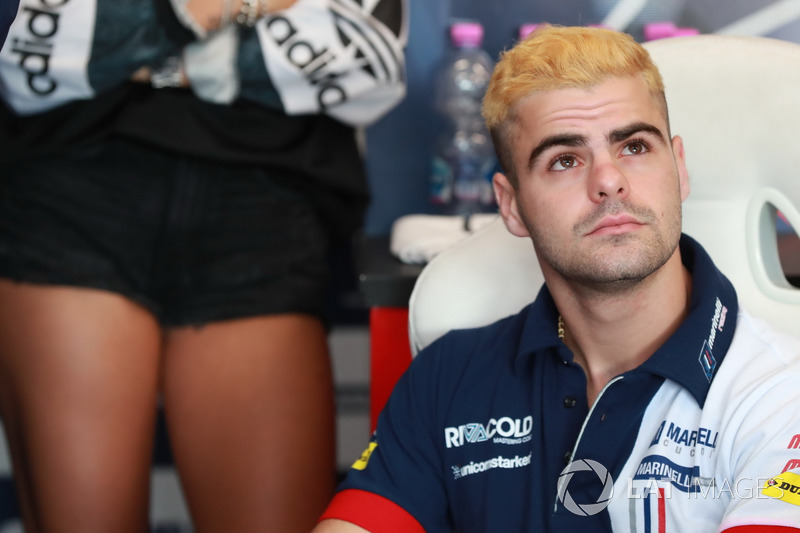