At number nine in our countdown of the Top Stories of 2018 in racing is the shocking and dangerous move by Moto2 racer Romano Fenati, which left him banned for the rest of the season.

During this year's Moto2 race at Misano, two hot-headed Italians Stefano Manzi and Fenati engaged in a fight that will be taught in school how not to have battles in racing.

They first clashed on lap 15, when a really poor overtaking attempt from Manzi resulted in him hitting Fenati’s bike at Turn 14, ruining what was a decent recovery ride by the 2017 Moto3 runner-up, who had started 22nd, up to that stage.

The pair stayed close together and Manzi made another bad move, in which he was never going to make the track, forcing Fenati wide as well.

Then the red mist descended on Fenati – he moved alongside Manzi on the main straight and grabbed the brake lever of his rival, who somehow didn’t crash. But his bike went massively out of shape, and the TV cameras caught Fenati in the act.

Fenati was swiftly black-flagged for this outrageous act and was then handed a two-race ban - although that punishment was widely thought to be too lenient.

As part of a massive public backlash against Fenati, MotoGP racer Cal Crutchlow called for a lifetime ban: "I think he should never race a motorcycle again. When he walked back to the garage, the team should have just kicked him straight out the back.

Soon after, Fenati was fired by his Marinelli Snipers team, his FIM licence was revoked for the rest of the year, and even his 2019 deal that he sealed with MV Agusta was terminated, his career in motorcycle racing seemingly over.

It was not the first, nor even the second controversial act in Fenati’s career. In 2015, Fenati turned off Niklas Ajo’s bike during the warm-up session in Argentina, and a year later he was fired from Valentino Rossi’s academy and the Sky VR46 team on disciplinary grounds.

What makes Fenati's career going off the rails one of the most heartbreaking storylines of recent grand prix motorcycle racing history is the potential that he once showed.

Then just 16 years old, Fenati started his Moto3 career with a second place in Qatar and a victory at Jerez back in 2012, but he was never able to deliver on his promise.

His best season came in 2017, after missing the second half of 2016 after being fired by VR46, and, at the age of 21, Fenati seemed to have finally pulled his act together.

Finding a new home at the Marinelli Snipers team, finishing only behind the sensational Joan Mir, Fenati was easily the second-best Moto3 rider that year, and he finally managed to earn a move to Moto2.

The start to Moto2 again promised a lot – he qualified fifth in Qatar, but slipped to a lowly 24th in the race, which set the tone for the rest of his campaign.

He was in the top 10 once more, seventh at Le Mans, but he retired five times before his Misano nightmare.

Pulling the brake lever of Manzi showed that Fenati still hasn’t learned from his past mistakes and he is unable to control his rage on occasion.

And yet, the very public backlash almost seemed to work in his favour, as some in the paddock, notably Aleix Espargaro, expressed regret that one lapse of judgement, however severe, could have the potential to end a career.

MV Agusta even considered bringing Fenati back into the fold, but eventually he managed to re-sign with his old Marinelli Snipers squad, replacing Makar Yurchenko in the team’s Moto3 line-up.

Fenati has now been given another chance, and while he will surely be a contender for the Moto3 crown, it seems doubtful the short-tempered Italian will go on to have the career it once seemed he could enjoy. 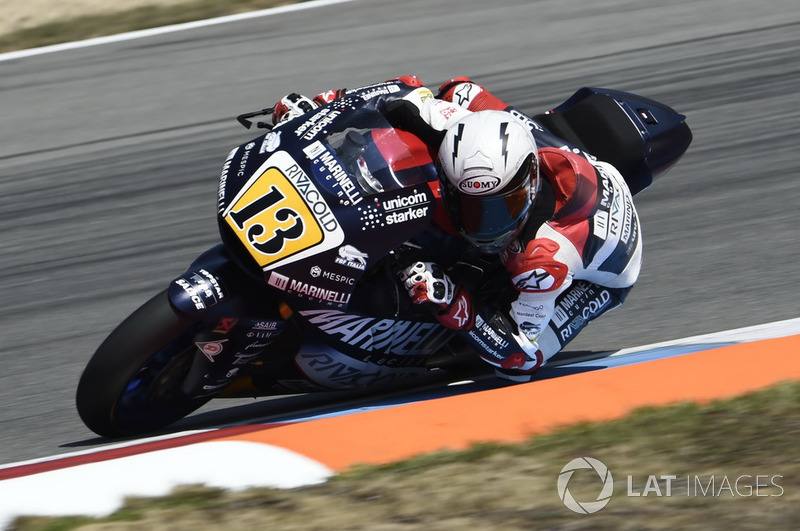