Romano Fenati has been banned for two races after being excluded from the Misano Moto2 race for grabbing the brake lever of Stefano Manzi.

The ruling means Fenati will be forced to skip the Aragon round in two weeks' time as well as the championship's first-ever visit to Thailand early next month.

It's understood the Marinelli Snipers team will not appeal the decision.

Fenati was disqualified from the Misano race for "irresponsible riding" after leaning across and grabbing Manzi's brake lever on the back straight heading towards the Turn 8 left-hander while battling over 17th place.

A stewards' bulletin read: "On 09 September 2018 at 12:52 during the Moto2 Race of the Gran Premio Octo di San Marino e della Riviera di Rimini at the exit of Turn 6, you were found to have deliberately attempted to cause danger to another rider [Manzi] by interfering with his machine whilst on track.

"This contravenes Article 1.21.2 of the FIM World Championship Grand Prix Regulations [which states] 'Riders must ride in a responsible manner which does not cause danger to other competitors or participants, either on the track or in the pitlane.'

"It is therefore an infringement of the FIM World Championship Grand Prix Regulations. This is considered a serious offense."

Manzi has also been penalised "after being found to have been riding in an irresponsible manner" during his battle with Fenati, having misjudged a passing attempt at Turn 14 that resulted in both riders losing places.

The Forward Racing rider, who crashed out of the race shortly after the brake lever incident, will drop six places on the grid next time out at Aragon. 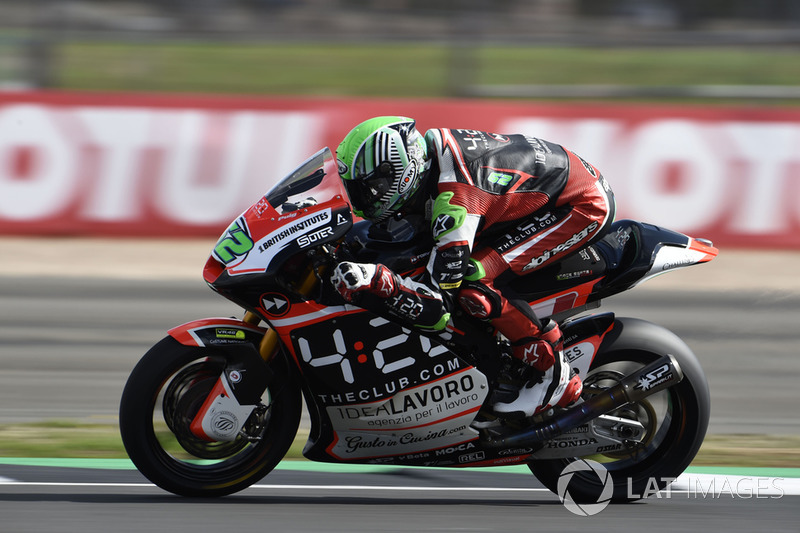