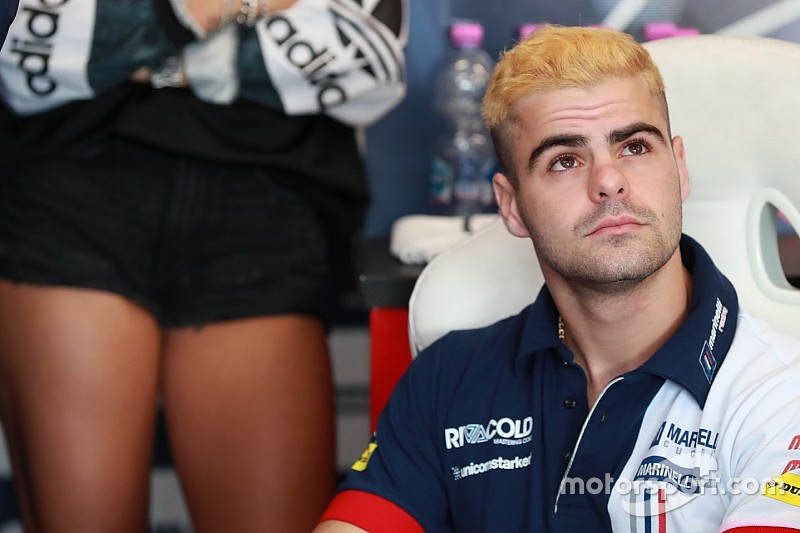 Romano Fenati has effectively been banned from grand prix motorcycle racing until the end of the 2018 season by the sport’s governing body, the FIM.

Snipers Moto2 racer Fenati was disqualified and handed a two-race ban when he grabbed Stefano Manzi’s brake lever during this month’s Misano race during a heated on-track battle between the pair.

Fenati received widespread condemnation in both the MotoGP paddock and beyond for his behaviour, with some questioning the stewards’ decision to only ban him for two races.

The Italian was summoned to the FIM’s headquarters in Mies, Switzerland on September 18 in the wake of the Misano incident to explain what the governing body described in a statement as an “egregious and shocking” act.

On Friday, the governing body issued a further statement confirming that Fenati has had his FIM licence revoked until the end of the calendar year - but that he may apply for a new one in 2019.

It read: “During the meeting, the FIM representatives emphasised the Federation’s deep concern for the safety of all riders and other participants in motorcycling competitions. They also highlighted the importance it attaches to fair play in motorcycling sport.

“While acknowledging that riders, and in particular those who reach the highest level of the sport, are subject to many pressures both on and off the track, they reminded Mr. Fenati of the profound influence high-level athletes can have on fans and young people and urged him to be mindful of his responsibility to set a positive example in future.

“Following the discussion with the rider and his representative, the FIM decided to withdraw Mr. Fenati’s FIM licence until the end of the current calendar year. A new FIM licence for the 2019 season may be granted to him subject to the conditions laid down in the FIM regulations.”

Fenati's extended ban comes after the 22-year-old was fired by his Snipers team in the wake of the Misano incident, while his 2019 contract with MV Agusta Forward Racing was also terminated.

Some senior figures in MotoGP have expressed their dismay at the nature of the backlash against Fenati, with Aleix Espargaro saying his treatment has been akin to that of a “murderer” by the media and fans.

But Cal Crutchlow, who called for a lifetime ban, insists he hasn't softened his stance on Fenati's plight.

“I did not change my mind, even though he pulled a sob story,” said the LCR Honda rider. “It's like he apologised and now everybody has to feel sorry for him.

“But I don't believe it, he's done many strange things [in his career]. Sure, I am no angel on the track, but this to me was the limit, so I don't change my mind at all.”