Remy Gardner admitted there were points where he thought his career was over in recent years but ‘changing my chip’ in 2020 helped him to his 2021 Moto2 title.

The Australian wrapped up the 2021 Moto2 crown on Sunday in the Valencia Grand Prix finale after finishing the race 10th to outscore Ajo KTM teammate and race winner Raul Fernandez by four points in the final reckoning.

Gardner took five wins in 2021 and seven other podiums, while rookie teammate Fernandez – who will join him at Tech3 in MotoGP next year – won eight times and scored four other rostrums.

But after taking a win in 2020 and three other podiums in a consistent season with the SAG team on a 2019 Kalex chassis, Gardner was signed up by KTM and Ajo Motorsport for 2021.

“For sure there’s been so many hard years, but decent success this year and even last year,” Gardner said after his title win in Valencia on Sunday.

“I really changed my chip last year and started to go a bit better.

“Even though I didn’t have the most podiums in the world, I really managed to get my mind under control and really trying to keep positive about everything.

“And like I said, there were points in my career where I really honestly believed that was it, there was no more and that was the end of the road.

“Especially after injury. Just fighting through that was difficult. It’s taken a turn for sure.” 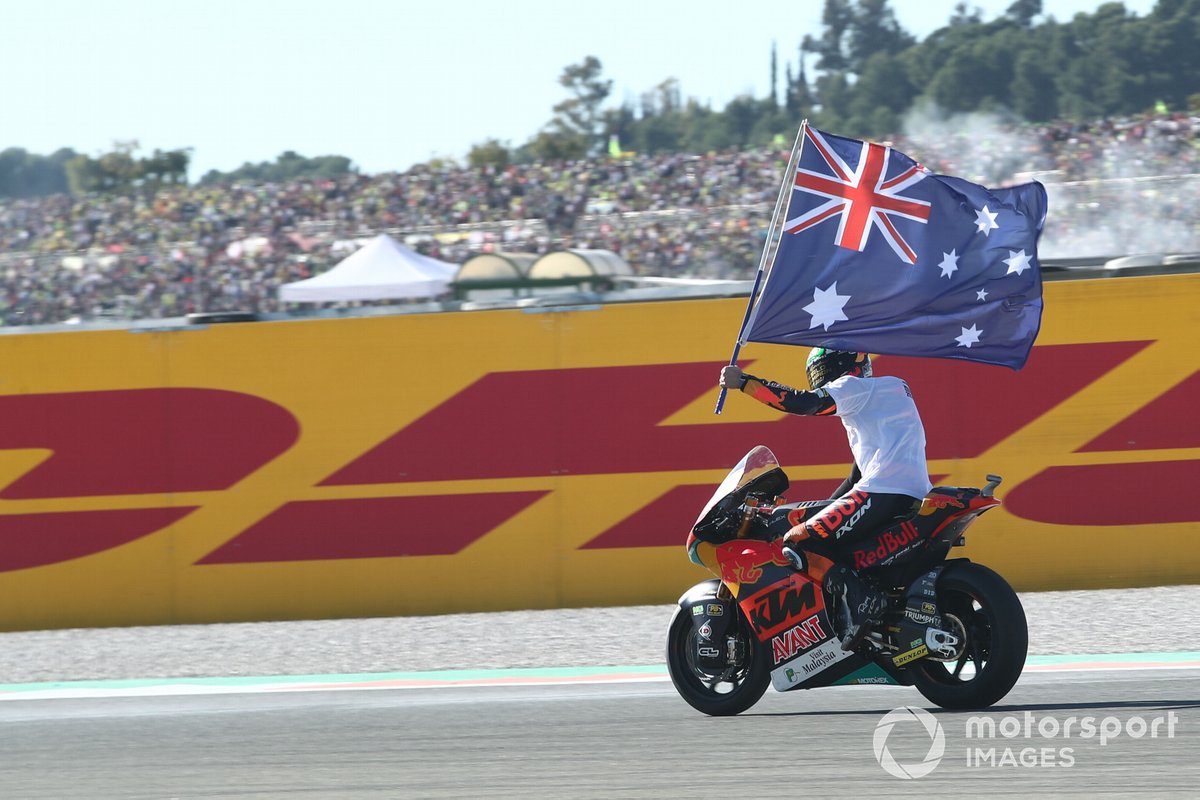 A heavy crash during the Algarve GP weekend left Gardner with broken ribs, though he still managed to win in Portugal last week.

He says this contributed to him being “stiff” on his bike in the Valencia finale, while the race being red-flagged and restarted also added to his nerves.

“For sure I was stiff on the bike, there’s no doubt,” he added.

“I’m sure the broken ribs probably wasn’t helping! That’s a bit difficult to move around the bike aggressively, and it’s also about finishing the race obviously.

“You go into the race with you mindset and your ready to go on track and do you thing.

“Restart you’ve got to do it again and it didn’t end up as good for me in the end on the restart.

“And it was hard to keep your nerve and not just override, and obviously for sure I was stiff.”

Reflecting on the season as a whole, Gardner added: “Yeah, it’s definitely been an intense season.

“Raul did an amazing job this year, as a rookie he really put to me and really made me work for it. It’s such an amazing season, so many podiums, so many great races, five wins.

“It’s just been an incredible season, and just so many podiums and parc fermes with the team.

“There were times where I’d finish second and I was like ‘ah, it was a bad day’, but you just have to enjoy every moment.

“Amazing season but intense for sure, especially the last quarter.

“With Raul it’s been really intense, he’s been really fast, I’ve made a few mistakes as he has as well. But consistency was key in the end.”