Binder returns to Moto2 from injury at Mugello 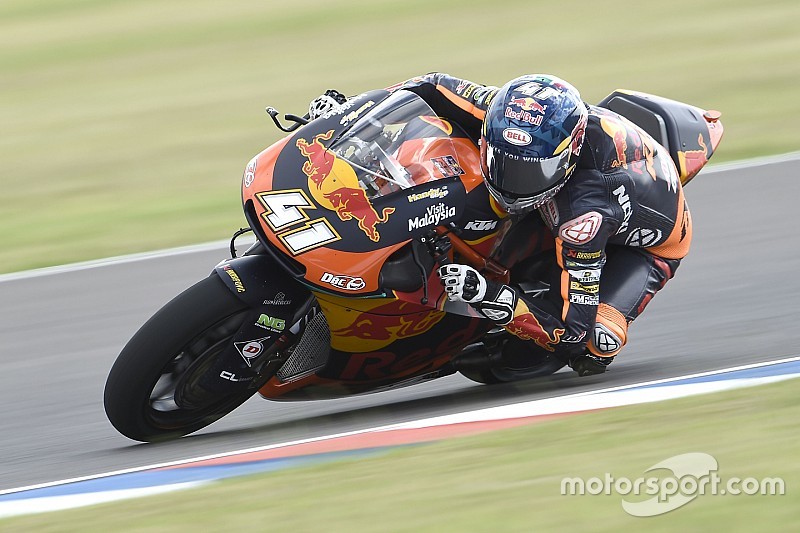 Reigning Moto3 champion Brad Binder will make his return to Moto2 action this weekend at Mugello after missing the previous three races due to injury.

The South African rider began his debut campaign in the intermediate class still suffering with pain in his left arm, which he broke in a testing crash at Valencia last November.

It was discovered in Argentina that the plate applied to the injury had moved, necessitating further surgery, meaning Binder was forced to skip the subsequent races in Austin, Jerez and Le Mans.

His place at the Ajo KTM team was taken by Ricky Cardus, who finished in the points at all three races.

"Being able to compete again after my injury feels great, as it has been a very long few weeks watching the races from home," said Binder.

"I’m happy, because after the third operation I think we have taken an important step forward and I feel that my arm is healing correctly; after the other surgeries I found rehab a little harder.

"It is clear that I am not yet at 100 percent physically, but I think I am ready to compete. I just want to test how my arm is and see where we are."

Binder currently lies 19th in the Moto2 points on the strength of his ninth-place finish in Argentina, while teammate Miguel Oliveira is in fourth place with podiums at Termas de Rio Hondo and Jerez.