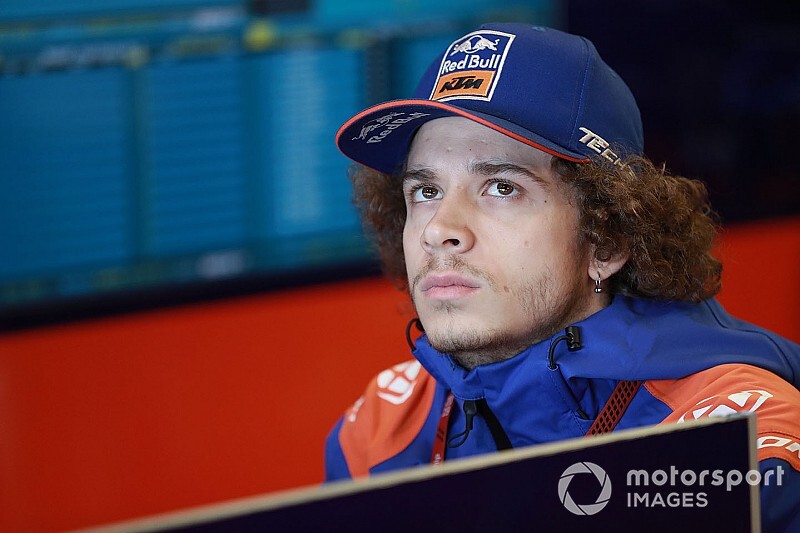 Valentino Rossi protege Marco Bezzecchi will move across to join his mentor's VR46 team for the 2020 Moto2 season alongside Luca Marini.

Bezzecchi moved up to the intermediate class this year after challenging for Moto3 title honours in 2018, but has endured a tough rookie campaign aboard the Tech 3 KTM, managing only two points finishes in 13 races.

Next year, he will partner Rossi's half-brother Marini aboard one of the Sky-backed VR46 team's Kalex machines, replacing Gresini-bound Nicolo Bulega.

"I am really happy about this great opportunity: I came into the world championship thanks to the support of the Academy and today to be able to race with this team makes me very proud," commented Bezzecchi.

"This second season in Moto2 will be a challenge and I will give the maximum to repay the faith of all my supporters." 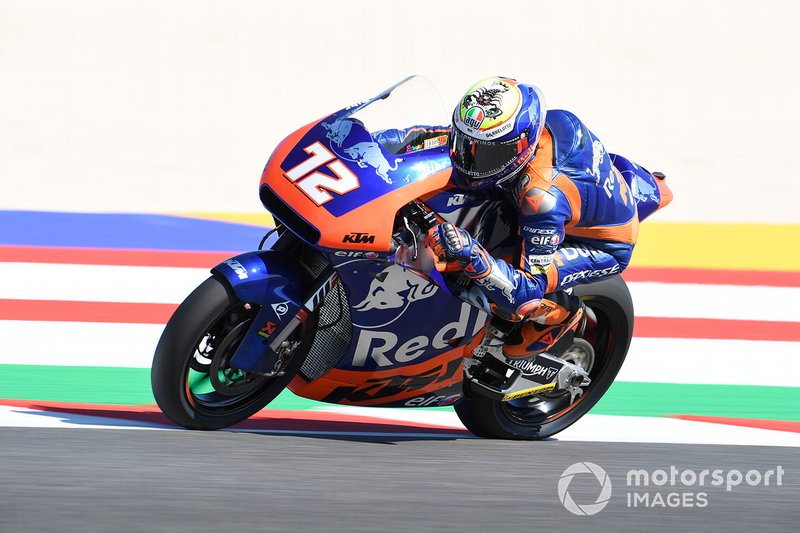 VR46 has also firmed up its roster for the 2020 Moto3 season, with Andrea Migno returning to the team alongside Celestino Vietti.

Migno spent three seasons with the squad in 2015-17, before switching to the Angel Nieto squad for 2018 and WorldWideRace (formerly Bester Capital Dubai) this season.

He replaces Dennis Foggia, who has joined the Leopard squad for 2020 along with Migno's current WWR teammate Jaume Masia.

Elsewhere on the Moto2 grid, it has been announced that Bo Bendsneyder will remain with the RW Racing squad for a second season. The Dutch rider, who lies 25th in the current standings, partners the previously-announced Jesko Raffin at the team.