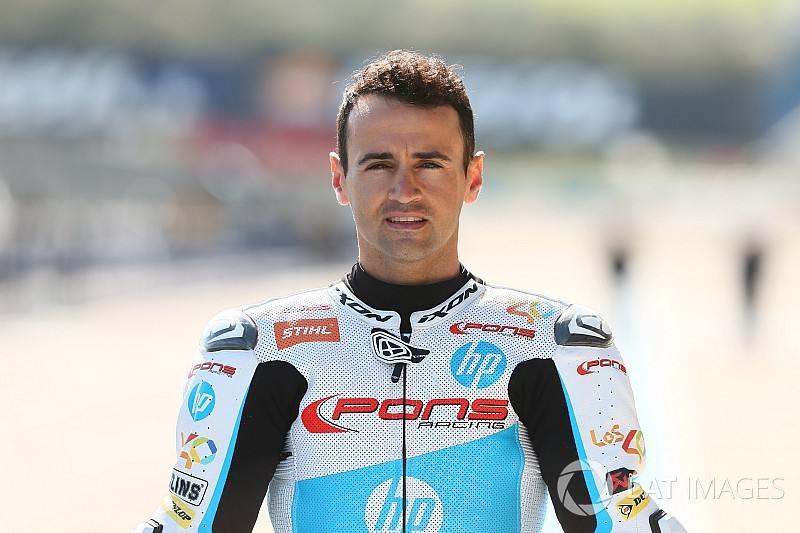 Former MotoGP rider Hector Barbera has parted ways with his Pons Moto2 team a day on from being charged with driving under the influence.

Barbera, 31, was pulled over by Valencia police earlier this week and tested for alcohol consumption, the test yielding 0.67 milligrams per litre of breath – which exceeded the legal limit of 0.25.

He was subsequently convicted to 22 days of community service and had his driver's license suspended for a year.

The Spaniard had already been pulled over for exceeding the allowed alcohol levels in the past, and was also sanctioned back in 2014 for driving with a suspended license.

On Friday, the Pons Racing team that has fielded a Kalex bike for Barbera in the first six races of the 2018 Moto2 season announced that its deal with the Spaniard had been terminated.

“Following the latest events in Valencia with the rider Hector Barbera on the night of June 7, 2018, today – June, 8 2018 - Pons Racing and Hector Barbera terminated by mutual agreement the contract that partnered the two sides for the 2018 season.

“Pons Racing wants to thank Hector Barbera for his services and wishes him the best in the future.”

After Avintia Ducati replaced him for 2018, he stepped down to the intermediate class with Pons – but struggled, scoring 10 points to teammate Lorenzo Baldassari's 84 in the first six races of the campaign.

After causing a crash with Tetsuta Nagashima last time out at Mugello, he was due to serve a grid penalty at Barcelona.

“I'm writing this note to clarify what happened two nights ago in Valencia,” he said. “I imagine that all of you have read the press information that has appeared since then.

“I won't go into details too much. I went to a good friend's birthday party and was pulled over by the local police and they performed an alcohol test.

"I tested positive, although my attitude was correct in every moment and in the police report they pointed out that my condition was good.

“That's not a excuse, not at all. I accept my error and accept the consequences. The worst part is what affects my family, my friends and my partner, but also my professional career. From the next Grand Prix of Catalunya I will not continue to race with my current team.

"Even those of you who believe that I deserve this, which might be true, will understand this is a tough moment for me. The word 'regret' falls short to express what I feel.

“I took my move to Moto2 very seriously, even though things are not going well. I'm training more than ever and working very hard.

"I insist again that I assume the consequences of what happened. I'm not going to stop fighting even though things are difficult, and that will be the attitude that I'll continue to have.

“I apologise to everybody affected by this situation and I thank everybody who supports me in a moment like this."

Martin moves up to Moto2 with Ajo KTM