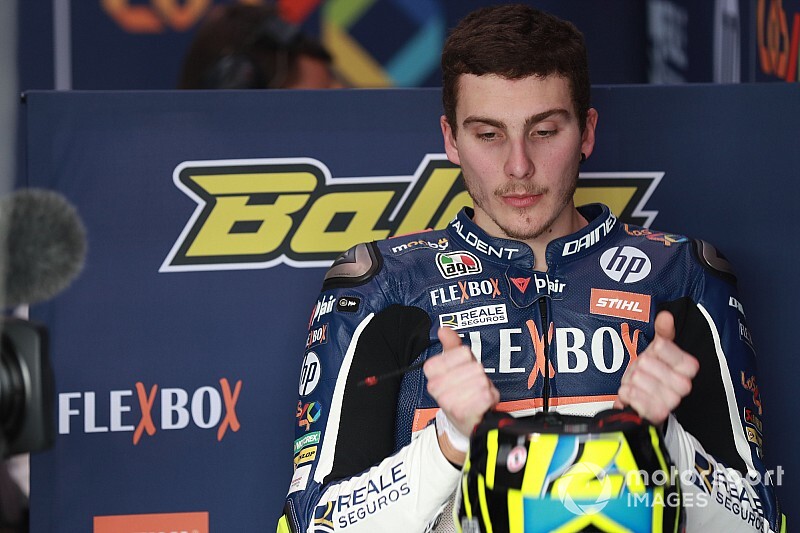 That race marked the Pons rider's third victory in the opening four rounds of the campaign, which gave him a 17-point advantage in the championship and a buffer of 39 points over the rider who would eventually go on to win the title, Alex Marquez.

But Baldassarri's campaign fell apart after that, as he failed to finish on the podium again for the remainder of the year. He slipped to seventh in the points, two places behind Pons teammate Augusto Fernandez - who had missed two races early in the season.

It was against this backdrop that Baldassarri decided to leave the VR46 scheme that year, along with fellow Moto2 rider Nicolo Bulega, and join the Simone Battistella management stable that already boasts Dovizioso and Honda World Superbike rider Alvaro Bautista.

Following his second-place finish in Qatar, Baldassarri said: “Last year there were many changes that I learned a lot from. It was important for me on a personal level as a rider. 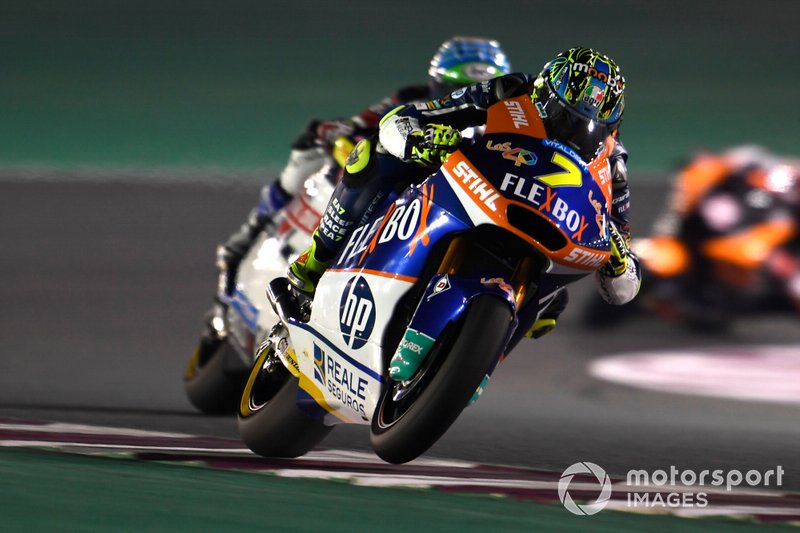 “I feel strong, but last year I also felt strong, I got three victories in four races, then several things happened that I was not able to manage. I hope I learned from what happened then and my goal remains unchanged, fight for victory in all races.

“I have changed many things in my environment, the support I have now is fantastic. I really like the people around me now, I feel calmer."

On his preparation, he added: "Before [at VR46] I was in a group, I trained in a different way with the bike. Now I am with a different group, I do motocross with Dovizioso and Petrux [Petrucci].

"Dovi helps me out and I train alone in the gym every chance I get. The way of training has changed completely."

“This year I started working motocross and softcross, which I do not do very well, with a friend [Levi] who is the one who accompanies me to the races," said the 23-year-old. "We train together in a riding school that is in Italy and he is teaching me a lot."

Another change Baldassarri has made is that he is working with Biotekna, a biomedical company with which Dovizioso and Bautista also work.

He explained: "Biotekna keeps track of me at a preparation level, at a physical level, and I am very happy, I feel that I have had a very good training this winter." 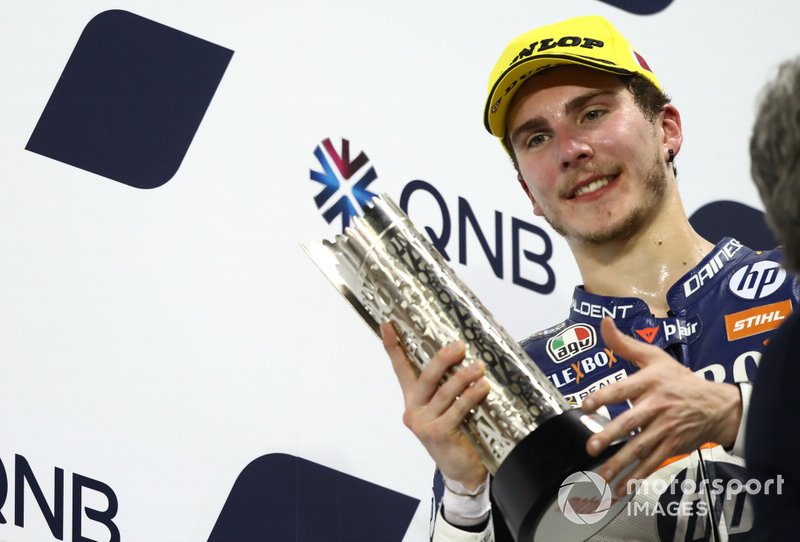