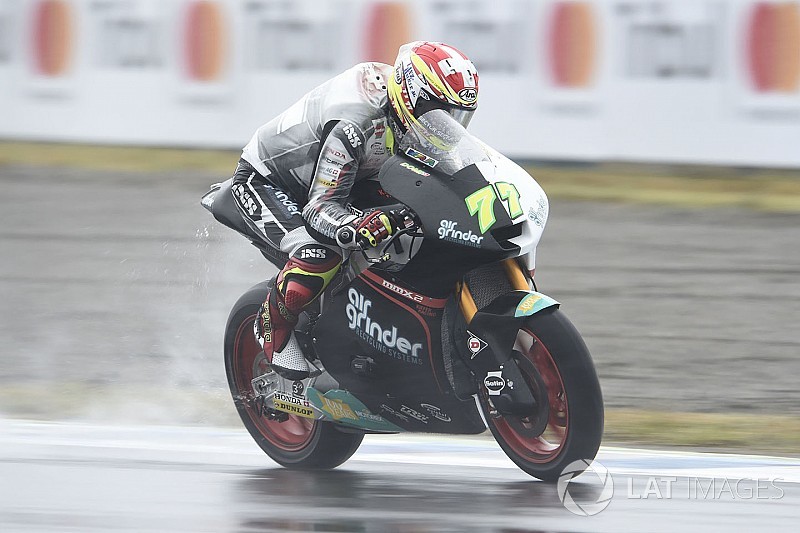 Swiss rider Dominique Aegerter has been stripped of his Moto2 victory in last month's Misano race due to an oil irregularity.

Kiefer rider Aegerter had scored his and chassis manufacturer Suter's first victory in three years in a soaking-wet race at the Italian circuit, beating compatriot Thomas Luthi by 1.4 seconds.

However, a statement issued on Sunday evening in Motegi stated that Aegerter has been disqualified from the race as "he was found to be using an oil outside the FIM Moto2 specifications" in a post-qualifying technical check.

Aegerter attended a stewards' hearing at Aragon after two fuel samples were found to be illegal, and did likewise in Motegi, where his sanction was handed to him.

It promotes Luthi to victory in the Misano race, giving the CarXpert Interwetten rider an extra five points - cutting his deficit to points leader Franco Morbidelli from 24 to 19.

Hafiz Syahrin meanwhile is elevated to second, the best result of his Moto2 career, while Francesco Bagnaia gets the final spot on the podium.

Aegerter's disqualification marks the second time this year a rider has been excluded for an oil infringement, after Italtrans rider Mattia Pasini lost his second-place finish in Barcelona.

Simeon ruled out of Phillip Island after qualifying crash