Tony Stewart to run over 70 races this year

If you thought Tony Stewart was retiring after stepping out of the No. 14 Stewart-Haas Racing Cup car, think again. 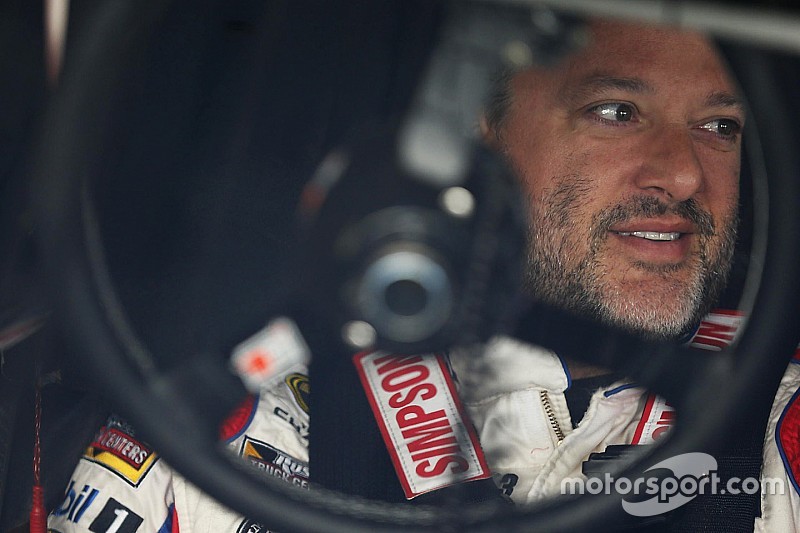 Stewart, who traded in his racing helmet this week at the Chili Bowls Nationals to assist in track maintenance, told the Racin’ Boys Network he’s scheduled 71 races to run this year — and he’s still counting.

“I wish I would have finished a little better,” said the three-time Cup champion of his NASCAR exploits. “But I’m looking forward to all the stuff we’re going to do this year — late model racing, sprint car racing. I’m building a three-quarter midget to run a couple of fair races this year.

This year, Stewart first came to Tulsa two weeks ago for the Shootout, but he considers the Chili Bowl Nationals his “favorite week of the year”. And the two-time CBN winner hasn’t ruled out a return — behind the wheel.

“We’ll see,” Stewart said. “I’ve never said never…It’s something I want to do again. At the same time, I know how important this event is to so many people. The fact that it keeps growing, you want to make sure you are doing everything you can to keep growing the event.

“If it means driving a tractor, I’m willing to do that.”

With a record 383 entries battling for this year’s Golden Driller, Stewart has his work cut out for him. He was impressed with the number of entries (96) just for Thursday night’s qualifiers. And while he wasn’t satisfied with the condition of the surface for Wednesday’s competition, Stewart felt the dirt improved significantly for Thursday.

“It’s a lot of work but we have a great group of guys,” Stewart said. “We went from two different extremes from what we had from last night to tonight but the racing has been awesome. Tonight we tightened it up a little more. From the first heat race on, guys could go wherever they wanted to go and pass. It’s a little slower pace, but the racing’s better and guys can actually pass. They aren’t jumping their race cars trying to race on a six-inch ledge.

“It’s crazy. It’s the most unconventional track I think I’ve ever seen that I’ve worked here. We don’t have a physical cushion but the top is still the fastest way around. It’s cool because we’re actually starting to get a middle back here. So I think we’re going to have a really good second B and a really good A.”