Sarah Fisher getting back behind the wheel 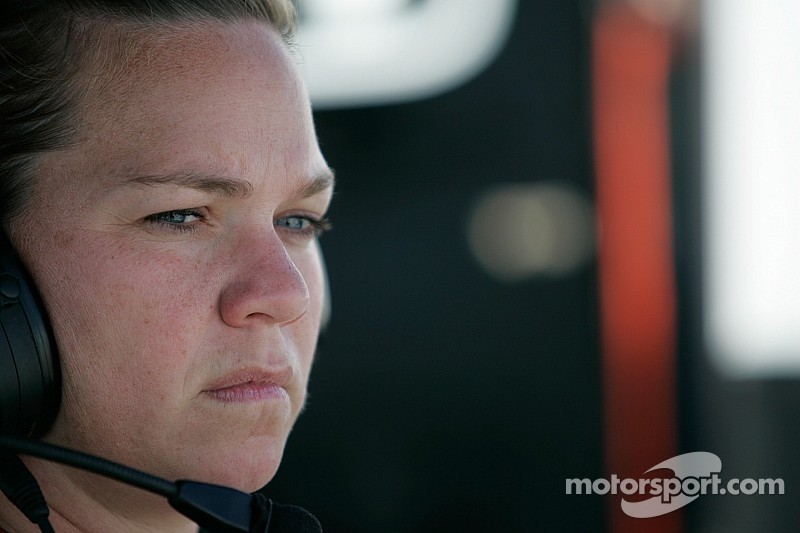 The popular open-wheel star is getting her helmet back on with the Chili Bowl Nationals in her crosshairs.

It’s been a long time out of the driver’s seat for Sarah Fisher, who gave up racing in (what is now) the Verizon IndyCar Series to start a race team, marry and start a family and build a racing empire, not necessarily in that order.

Along the way, Fisher has scored podiums while driving and while owning her team; she has a single win with current partner Ed Carpenter in the top American open wheel series. And if anyone’s forgotten, Sarah Fisher is a race fan’s dream, having been voted most popular driver four times - in two different series!

Fisher back behind the wheel

Still the lure of the seat appears to be too much for Fisher. She just announced a return to midget racing at this year’s 29th annual Lucas Oil Chili Bowl Nationals, which begins next Tuesday with four nights of qualifying in Tulsa, Oklahoma. Fisher intends to drive the No. 67RW for RW Motorsports, which is owned by Steve Weirich and Mario Rotondo. Hartman Oil is the presenting sponsor on her midget racecar.

Fisher tested the midget in October of last year at Linton, Indiana and this successful foray prompted her entry in the Chili Bowl this January. “Competing in the Chili Bowl has always been a bucket list item for me, and with the support of Wink (Hartman), I am able to fulfill another dream,” she said. “By attending the event last year to cheer on my brother-in-law, Kyle O’Gara, I was able to experience the atmosphere and see how much fun it was. I wanted to be racing in it the next time I came back,” Fisher declared.

Four years out of the driver's seat

Sarah Fisher has been out of competition since the IndyCar Series’ season finale at Homestead-Miami Speedway in 2010. While she’s had success in a variety of midget and sprint cars since she began racing, this will be her first time at the Chili Bowl. She’s raced on dirt in the more powerful winged World of Outlaw and All Star Circuit of Champions, “But being in a midget on dirt is a new experience for me and I am very excited for the challenge.” Sarah Fisher still holds the record for the most starts by a woman in the Indianapolis 500 and was also the first woman to win a pole position in major American open wheel competition.

Steve Weirich, who is prepping and entering the midget for Fisher is “looking forward to giving Sarah the chance to compete at the Chili Bowl this year. We both have the same goals of putting open wheel racing back at the forefront and certainly the Chili Bowl is an event that encompasses that goal. As we continue to work together in INDYCAR, this is a fantastic element to add to the mix.”

Carpenter Fisher Hartman Racing (CFH Racing) co-owner Wink Hartman, who has partnered with Fisher since 2008, is very enthusiastic about this latest endeavor for his friend. “The Chili Bowl is the very heartbeat of motorsports. Each year it brings the best drivers to a venue that is charged with excitement. I look forward to seeing Sarah back in the seat,” inside the River Spirit Expo Center. At this time there are more than 300 entries for the Saturday night event. Practice begins on Monday, January 12, with qualifying the following four nights (due to the massive number of entries). The A Feature on Saturday night showcases only the top 24 drivers, with points received during qualifications determining the starting positions.

In addition to Fisher’s No. 67RW, RW Motorsports is fielding cars for Dave Darland (No. 17RW) and for Kyle O’Gara (No. 27RW), the latter in partnership with the Indy Trading Post.

CFH Racing begins its quest for the Verizon IndyCar Series championship in March at Brazil with Josef Newgarden in the No. 67 Chevrolet/Dallara/Firestone entry; the second car is being driven by Ed Carpenter - on ovals only - with the road/street course driver yet to be named.