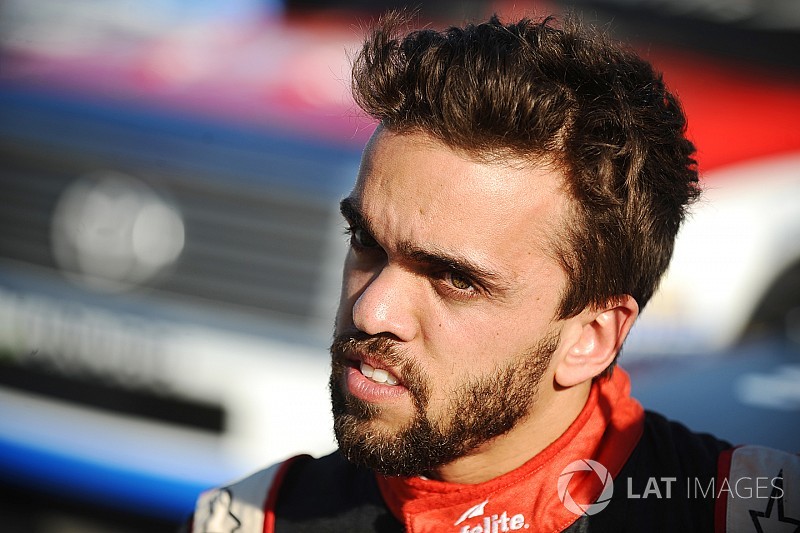 Rico Abreu believes the odds are in his favor at the 2017 Chili Bowl Nationals.

After all, Abreu won the last two Golden Drillers — the trophy awarded to the last driver standing after five furious days of racing among more than 350 entries. This year's field consists of the largest entry list yet, which is still growing as the event quickly approaches.

Next month, Abreu returns to defend his title with Keith Kunz, the team owner who also supported Abreu’s successful run to the 2014 USAC Midget Championship.

Moving on without Bryan

Still, Abreu believes this will be the most difficult Chili Bowl Nationals to date — and not just due to the depth of the field which includes the top names in midget and sprint-car racing. Abreu, 24, is mourning the loss of his friend and competitor Bryan Clauson. In August, Clauson died from injuries sustained during Belleville (Kan.) Nationals midget race.

“It’s going to be a lot different,” Abreu told Motorsport.com. “Bryan created the atmosphere in that building (Tulsa Expo). He set the tone for the whole week. And he came close to winning this race so many times. He was the best guy there the first year I won. Then last year, he had the best car in the building. If you watch the final five laps, he was closing in every lap. If there had been another five laps, he would have beat me.

I think I have the best chance, given my past results.

Abreu also misses competing against four-time Chili Bowl winner Kevin Swindell, who swept the event from 2010 to 2013. No driver had won consecutive A-Mains prior to Swindell’s feat. However, the second-generation racer broke the L-1 and T-7 vertebrae during the 2015 Knoxville Nationals. While Swindell’s role has evolved into the ownership side of racing, Abreu feels the competition has thinned at the top.

“There are 15 to 20 guys that take it to another level, but 10 elite cars in the building that have a shot at that race,” Abreu said. “This is going to be the hardest year to win. There’s a lot of guys that step it up for this one race. Christopher Bell is going to be good again. So is Kyle Larson, but he always seems to have bad luck that takes him out of it. Brady Bacon has also gotten really good.

“I think I have the best chance, given my past results. But I’m not putting a whole lot of pressure on myself.”

Following the Chili Bowl (Jan. 10-14), Abreu will jet off to Archerfield Speedway in Brisbane, Queensland, Australia for six midget races. He’ll compete with the same car he won with in the 2016 Chili Bowl. He also expects to run 10 additional races for Kunz in 2017.

As for a return to the NASCAR Camping World Truck Series, Abreu says he’s still in negotiations with ThorSport Racing. Last year in his rookie season behind the wheel of the No. 98 truck, Abreu posted top-five finishes at both Eldora Speedway and Talladega Superspeedway. He accumulated five top 10s in 23 starts.

“We just have to figure it out,” Abreu said.

Schatz to drive for Clauson-Marshall Racing at Chili Bowl Nationals