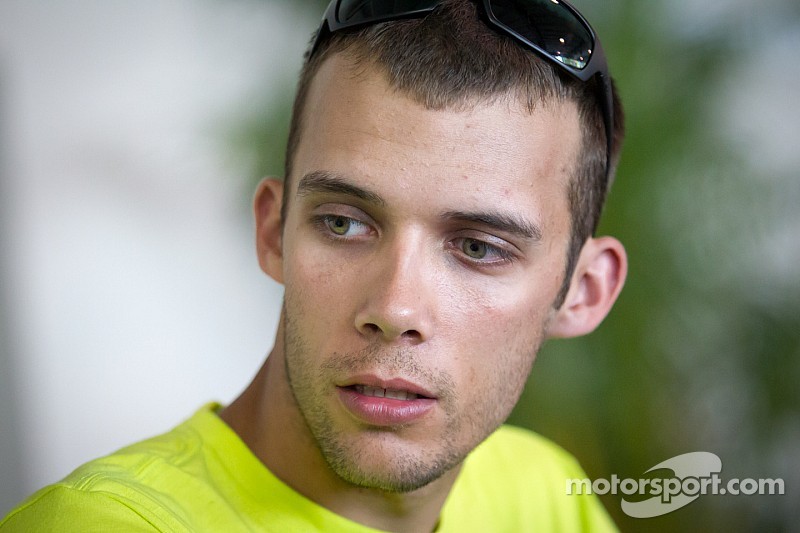 At the drop of the green flag, pole-sitter Colton Cottle would barely edge Spencer Bayston at the line for the early lead of lap one.  Piloting the Cottle Flooring-sponsored, Esslinger-powered DRC, Cottle would check out leaving Parker Price-Miller battling with Spencer Bayston for second.  Just as Cottle came up on lap traffic, the red flag would come out as Mark Chisholm, about to be lapped, got upside down in turn three, collecting Colton Cottle, Spencer Bayston, Justin Grant, and Parker Price-Miller.  Chisholm would be alright and able to restart.  The other drivers involved were able to restart, except for Justin Grant and Parker Price-Miller who would be done for the remainder of the event.

Justin Peck of Monrovia, Indiana would lead the field back to green in his Duracoat Products-sponsored, Esslinger-powered DRC upon inheriting the lead after the red.  Peck would take off with Bryan Clauson and Zach Daum in tow.  As Clauson's Rusty Kunz Racing/Curb-Agajanian entry closed in on Peck, the duo would begin to battle raising the crowd to its feet.  On lap 14, Clauson would make the pass stick and take over the lead from Peck.  With Clauson comfortably out front, Daum, Peck and Tyler Thomas would all battle for second with plenty of slide jobs to go around.

As Clauson worked his way through lap traffic, the red flag would once again come out on lap 21 as Andrew Felker got tipped over on his side in turn four.  Also involved was Mark Chisholm.  All drivers involved were alright and able to continue racing.  During the red Terry Babb would overheat and take his Fontana-powered Spike behind the wall to the work area, and be done for the evening.

When racing resumed, Clauson would power into a dominate lead, checking out from the rest of the field.  As Clauson caught lap traffic, Zach Daum and Justin Peck would do their best to catch Clauson, but to no avail as Clauson would claim the checkers to the Charlene Meents Memorial, followed to the line by Zach Daum in second and Justin Peck in third.  Coming in fourth was Tyler Thomas and rounding out the top five was Michael Pickens.

"I can't thank everybody that works on this 63 car enough," stated 2014 Charlene Meents Memorial Champion Bryan Clauson.  "They made my job easy.  I got a little help there early with that red that took out two or three guys which made it a little bit easier on us.  It's an honor to win the Arnie Knepper and now the Charlene Meents.  It's a pretty special opportunity to win these races.  I love little Belleville."

Kyle Larson is looking forward to playing in the dirt