YART Yamaha facing "no pressure" against factory rivals at Suzuka

The YART Yamaha team feels it faces “no pressure” competing against factory entries from Honda and Kawasaki as it aims for a maiden podium finish at the Suzuka 8 Hours.

YART has assumed the role of Yamaha’s main representative at Suzuka this year in the absence of a works entry, with the Austrian outfit bringing with it years of experience of competing in both the FIM Endurance World Championship and the Suzuka race itself.

2016 IDM champion Marvin Fritz qualified YART a strong third for the 43rd running of the Japanese endurance classic in Saturday’s 40-minute pole shootout, ending up just behind the factory bikes of Honda and Kawasaki and over half a second clear of its EWC rival FCC TSR, which took fourth.

Although Honda has been in dominant form in the run-up to the race and Kawasaki has a strong shot at defending its crown, Fritz’s teammate Niccolo Canepa is bullish about the performance of YART - and feels it has nothing to worry about in the face of strong competition from factory teams.

“What is most important is that we feel strong with our pace, we are all three in the same lap times,” said Canepa, who will share the bike with Fritz and Karel Hanika in Sunday’s race.

“We are experienced riders in the EWC, so we have to use this experience to do even more tomorrow.

“We know that our target is to be on the podium, and if something more comes we will be extremely happy.

“A podium would be something the YART team has never done, and to fight with the factory teams is something incredible for us on a bike that normally does 24 hour races.

“We have no pressure because we have nothing to prove because we already showed that we're really strong.

"The pressure is on others. So we have to do our own race, run our own pace, and let's see what happens at the chequered flag."

YART’s chances of improving on its best ever Suzuka result of fourth have not only been boosted by the absence of a factory Yamaha team, but also a tough qualifying session for the Yoshimura Suzuki team that has been left without Sylvain Guintoli due to a hand injury.

Moreover, the new-for-2022 BMW team hasn’t shown the pace to fight at the front, setting only the ninth-quickest time in Sunday’s final qualifying.

While a rostrum result appears to be on the cards, Fritz stressed that it must finish ahead of its championship rivals FCC TSR and Yoshimura Suzuki following a costly retirement in the previous EWC round at Spa.

“For the race we will just focus on ourselves,” said Fritz. “Of course YART's first podium is the big goal, but more than that our target is to finish in front of FCC and SERT to get points for the championship. This is the most important.

“Of course 8 Hours are really long and tomorrow's weather forecast looks mixed, so we never know what can happen.

“I feel like were really fast in the dry and also in the wet, so I think we have a really good setup and should be fine for the race.

“I think our experience in the EWC is a bonus for us. I think we have to just focus on ourselves, don't push too much, don't make mistakes and aim for the podium." 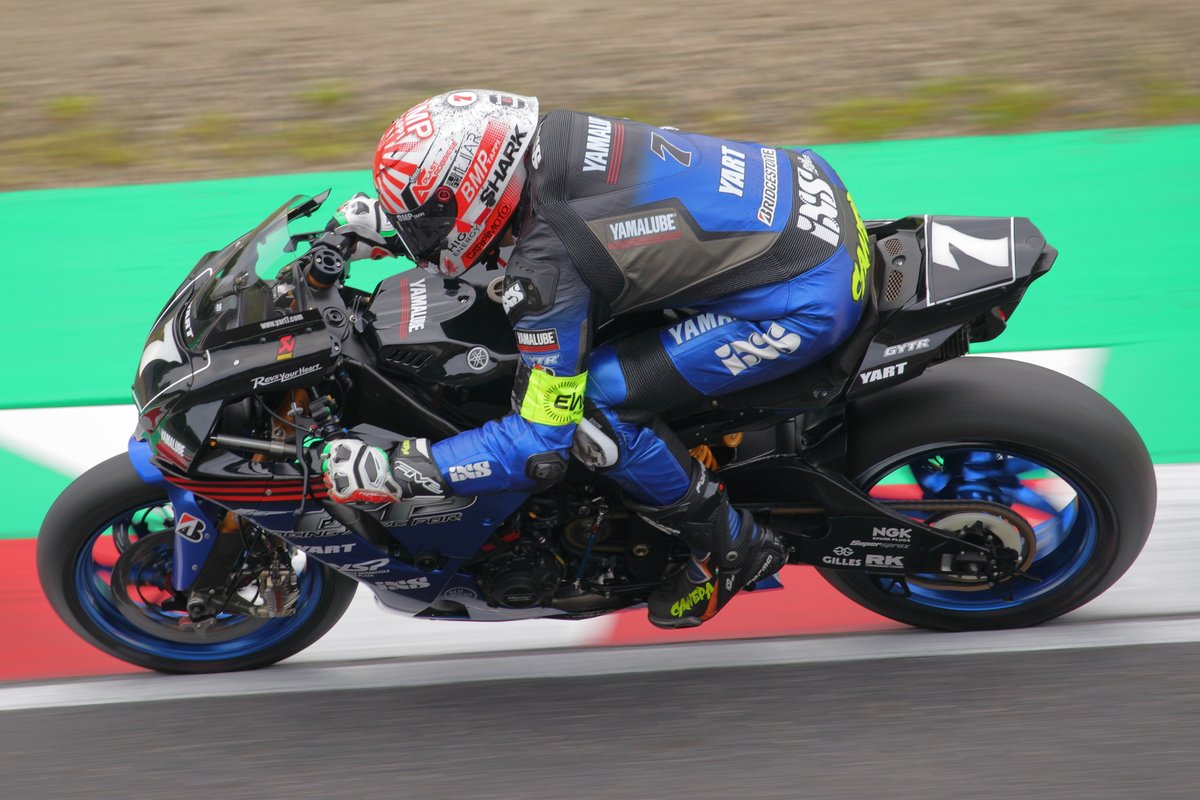 FCC TSR Honda rider Gino Rea has been airlifted to the United Kingdom a month after his Suzuka 8 Hours accident that left him with serious head injuries.

FCC TSR Honda rider Gino Rea remains under sedation after sustaining serious injuries to his head in a practice crash at the Suzuka 8 Hours, his family said in a statement.