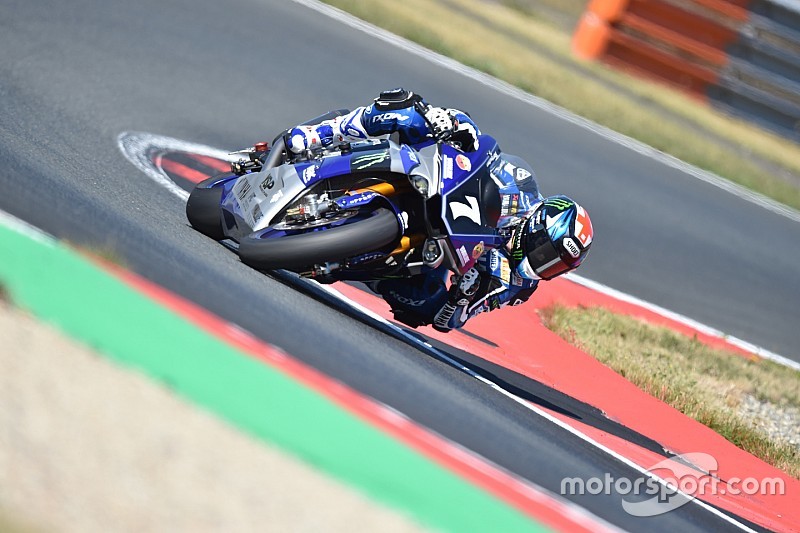 Tech 3 Yamaha MotoGP rider Bradley Smith has picked up a leg injury during a crash in practice for the final round of the 2016 FIM Endurance World Championship at Oschersleben.

The Briton was supposed to take part in Saturday's final race of the season at the German venue for the Yamaha Austria Racing Team (YART) together with Broc Parkes and Marvin Fritz.

Smith - winner of the Suzuka 8 Hours in 2015 for Yamaha alongside Tech 3 teammate Pol Espargaro and Katsuyuki Nakasuga - had been competing in the Oschersleben event after being invited to race by close friend Parkes.

However, his outing was cut short in Thursday's first free practice session, as Smith collided with another rider coming out of the Hasseroder corner.

Smith took a wider line through that left-hander to get a better drive on to the next straight and caught the slower rider there.

However, the slower rider expected Smith to take the outside line and pulled to the inside and the pair collided. Smith fell off his bike, and the slower rider had no chance to avoid the Yamaha man and rode over his leg.

Smith was conscious and, while a femur fracture was initially reported, the Briton was confirmed as have avoided broken bones.

YART has confirmed it is set contest the remainder of the weekend with only Parkes and Fritz in a two-rider line-up.