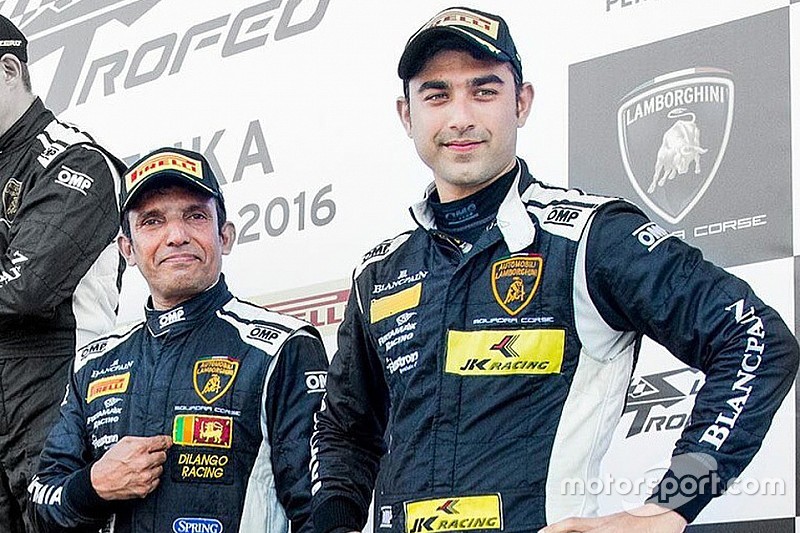 Armaan Ebrahim and teammate Dilantha Malagamuwa finished on podium finish in Race 1 in the second round of Lamborghini Super Trofeo Asia Series in Suzuka.

Ebrahim, who finished runner-up in the championship last year, qualified in second place for race one, with Malaysian-Japanese duo of Oshiyuki Ochiai and Afiq Yazid of Malaysia taking pole position.

During the race, Ebrahim held on to second position before handing the car to Malagamuwa. Although the Sri Lankan initially slipped to fourth place, he recovered enough to secure the final spot on the podium.

Meanwhile, udai Uchida, and Jono Lester staged a remarkable recovery drive to take victory, having fallen as low as sixth place during the early part of the race. Pole-sitters Ochiai and Yazid finished second.

For race two, Malagamuwa started the race from ninth position, with Ebrahim scheduled to take over during the second stint.

However, the Dilango Racing teammates were prevented from making any progress up the pack when the engine on their Lamborghini Huracan blew, forcing an immediate retirement.

"Obviously, we are very disappointed with what happened in the second race, but at least we managed to pick up some points from our podium finish in the first," Ebrahim said after the weekend.

"Dilantha did well to move to fifth after starting ninth in Race 2, but the engine blew and that was the end of it for us here."

The third round of the championship takes place in Buriram between July 22-24.