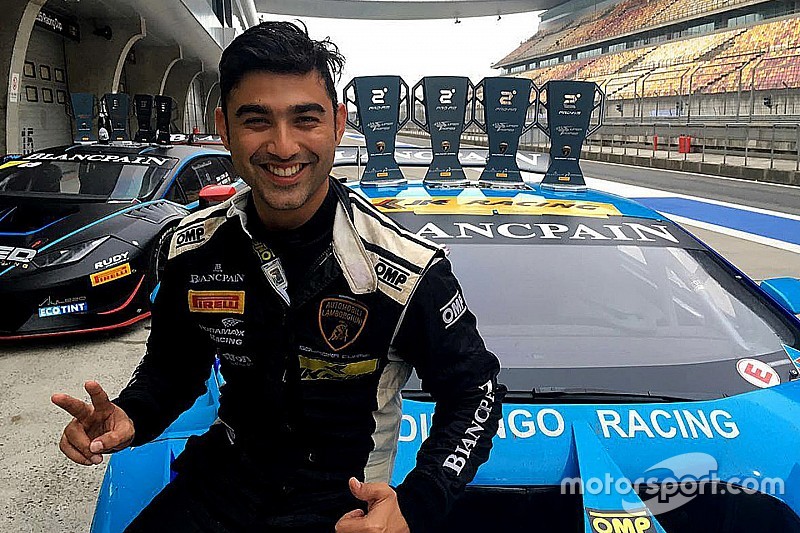 Armaan Ebrahim and Dilantha Malagamuwa started their sophomore Lamborghini Super Trofeo Asia campaign on a strong note by taking a double podium finish at the season-opener in Shanghai.

During the first qualifying that took place at a damp track, Ebrahim set the second fastest time of the session, with Japan’s Yudai Uchida taking pole position.

At the front, the Japanese-Malaysian pairing of Toshiyuki Ochiai and Afiq Yazid took pole with a time of 2m23.526s.

Podium in race one amid brake troubles

In the first race of the weekend, Ebrahim got off to a flying start and soon assumed the race lead.

However, any chances of a victory were dashed when the Indian hit brake troubles mid-way through the race.

As a consequence, Ebrahim was forced to nurse his car, settling in for what was still a respectable second place.

“In the first race, I had a problem with the brakes when leading and conceded the lead. I decided to settle for second place,’’ Ebrahim said.

In race two, Malagamuwa started the proceedings, quickly moving up to third place, having started sixth.

The Sri Lankan, however, soon became an innocent victim when he was rear-ended by a rival driver, costing him multiple positions.

After a quick pitstop, Ebrahim took over the driving duties, charging his way up the field to finish in second place and secure a double podium finish for Dilango Racing.

“In the second race, Dilantha started in sixth position and was running third when he got tapped from behind,’’ he said.

“We decided to pit him early and I took over. I made a few places, but eventually had to be satisfied with a second.”

Summing up the weekend, Ebrahim, who has experience of racing in top-line sportscars in Europe, said he could have scored a victory in each of the two races, had he not ran into any sort of trouble.

“We could have probably won both the races, but not a bad way to start the championship,’’ the 27-year-old was quoted after the race.

“I am happy to have points in the bag. We had a few issues with the car, but overall, it was a good weekend."

The next round of the Lamborghini Super Trofeo championship takes place at Japan’s iconic Suzuki Circuit between June 11-12.