The Dilantha Racing duo of Armaan Ebrahim and Dilantha Malagamuwa continued their podium run in the fourth round of Lamborghini Super Trofeo Asia series in Malaysia.

Ebrahim and Malagamuwa have had a solid run so far, only finishing outside the podium at one occasion.

And their top form continued at Sepang where Ebrahim lined up his car in pole position for Race 1, with Malagamuwa qualifying second for Sunday’s race two, behind Afiq Yazid and Toshiyuki Ochiai

“We had a great qualifying session,’’ Ebrahim said. “It was super as I did two laps with the same time. Dilantha then did an excellent job in Q2 by qualifying second.”

Second in race one

In the opening race, Ebrahim led from pole position, establishing a comfortable gap over the rest of the pack in the first stint.

Malagamuwa took over the car for the second part of the race, but lost the lead to Yazid/Ochiai, who went on to win the race.

The Sri Lankan, however, held on to second place to add another podium finish to his and Ebrahim’s tally. Yudai Uchida from Japan and teammate Jono Lester completed the podium.

“In Race 1, I had a good start and led all the way till my pit stop with no drama,’’ Ebrahim explained. “I even managed to build a comfortable gap, but after the pitstop as the race went on Dilantha was passed and we finished 2nd overall.”

In the second race, Malagamuwa initially slipped to third position at the start, but fought back to regain second.

The Sri Lankan then handed the car to Ebrahim for the second stint, who put on a charge to catch race leader Yazid/Ochiai.

However, the Indian was handed a stop-go penalty for an early pit release, dropping him behind Uchida/Lester into third place.

“In Race 2, Dilantha started and even though he lost a place at the start but fought back to second and held it till the end of his stint,’’ he explained.

“When I got in, the gap to P1 was realistic. Unfortunately, I got called in for a 10-second stop-go penalty due to an early release during the pit stop. By early release I mean four-tenths of a second!

“Anyway, I pushed hard and we lost only a place to finish third overall. Obviously, I was disappointed as we still had a chance for a win. Pace-wise it was a much-better weekend for us,’’ he concluded. 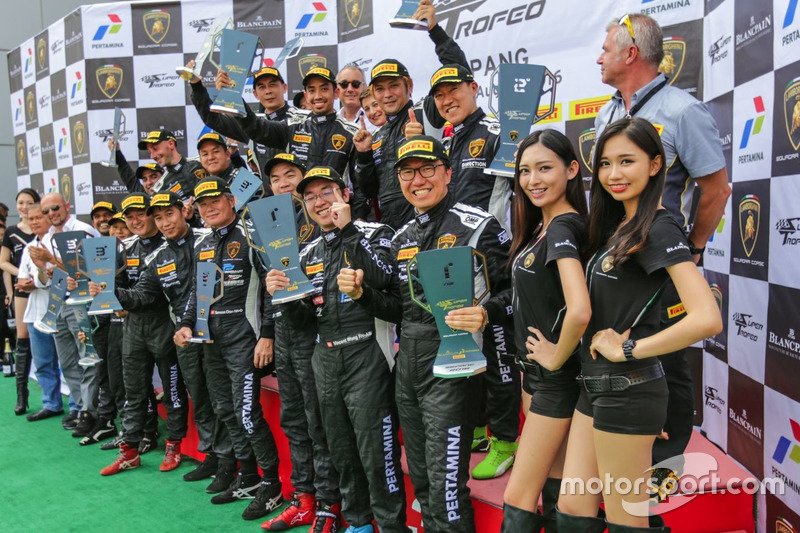