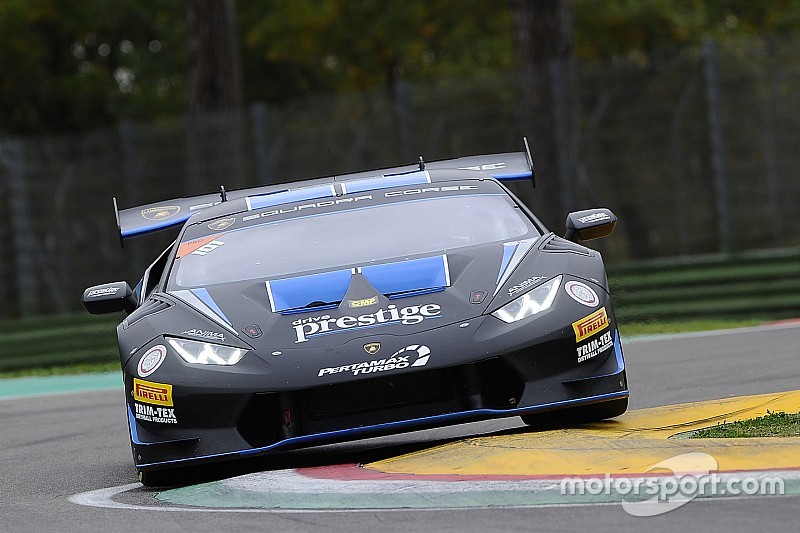 Riccardo Agostini and Trent Hindman claimed their fifth victory of the Lamborghini Super Trofeo North America season to make sure of winning the Pro title.

With nearest rival Richard Antinucci not racing in the North American series during the World Final meeting at Imola, the Prestige Performance/Wayne Taylor Racing duo was effectively guaranteed the crown before the race – but their win makes them mathematically uncatchable.

Agostini started from pole position but both he and Jeroen Mul, making a guest appearance in the series, were caught napping by fourth-place starter Edoardo Piscopo.

Piscopo sliced between the pair at the start to take the lead before the Tamburello Chicane.

But Agostini re-passed him before the end of the lap before starting to pull away rapidly in the subsequent laps.

Although Pro-Am leader Piscopo did briefly fight back as Agostini started to hit traffic, when the leader made his pitstop to hand over to Hindman after 14 laps he had a lead of 7.5s.

Piscopo pitted on the same lap to hand over to Am driver Taylor Proto, with the duo retaining second place ahead of Mul.

But it didn’t take long for Mul to pass Proto for second place, by which time he was over 16 seconds behind Hindman.

The deployment of the safety car after Sheena Monk parked in the gravel with just over 18 minutes remaining closed things up.

The race restarted with just under 11 minutes to go, with Hindman holding off Mul on the run to Tamburello to hold the lead.

He stayed there to the finish, crossing the line 2.213s seconds ahead of Mul.

Gdovic, who ran fifth early on but jumped Beretta/Legge in the pitstop sequence, finished third after passing Proto just before the safety car. This was despite a half-second time penalty for a pitstop time infringement.

Yuki Harata won the Am class in sixth ahead of Lamborghini Cup winner Ryan Hardwick. 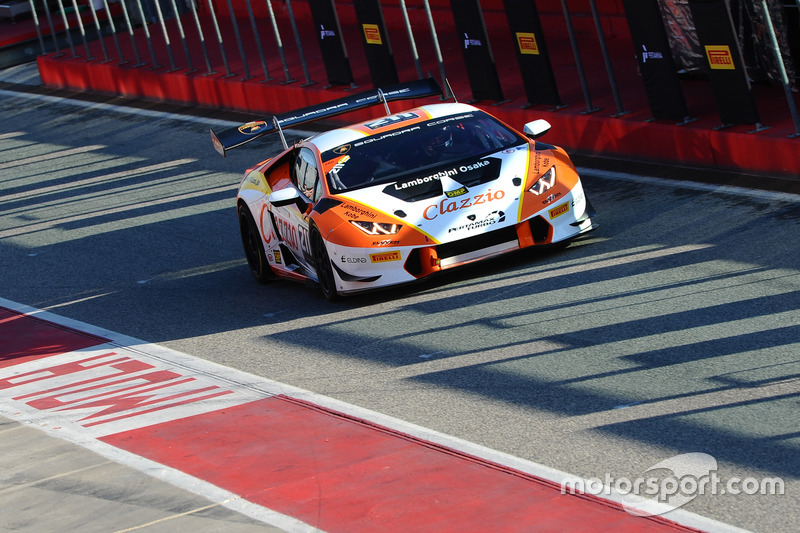 Kei Cozzolino and Afiq Yazid took a dominant ninth victory of the Lamborghini Super Trofeo Asia season, which took place in the same race as the North American series but with a separate grid.

With Toby Sowery, who was due to start second thanks to an electrical problem ruling the car out, missing from the grid, Cozzolino held the lead from pole position ahead of Ben Gersekowski.

He quickly pulled away from Gersekowski, whose attention was more on keeping Jack Bartholomew behind him.

Cozzolino held the lead through the pitstop sequence, with Gereskowski briefly leading the race outright thanks to pitting at the end of the pitstop window to hand over to Rory Collingbourne.

Yazid, who took over from Cozzolino, held the lead to the finish and crossed the line just over three seconds clear.

Milos Pavlovic, who took over his Pro-Am car from Andrew Haryanto, came through to second place ahead of Spike Goddard, who took over from Bartholomew, with Collingbourne finishing fourth.

Andres Josephson won the Am class, with Supachai Weeraborwornpong winning in Lamborghini Cup despite an early-race spin, the latter clinching the class title.