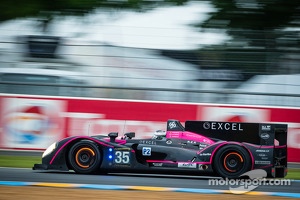 Today’s victory is the second at Le Mans for the 4.5-litre V8 engine, which has been developed and is serviced by Repton-based Zytek. In 2011 an identical power unit powered one of Zytek’s own Z11SN chassis to victory in the LMP2 class.

Zytek engines have now won at Le Mans on three occasions. The first success came in 2007 when the company’s 3.4-litre ZG348 V8 powered a Lola to victory. Second place that year fell to another Zytek engined car, this time in one of its own chassis.

All three of Zytek’s own Z11SN chassis proved rapid during the race with the Greaves car of Michael Krumm and GT Academy winners Jann Mardenborough and Lucas Ordonez finishing a competitive fourth. Eighth in class, following technical issues, was the Jota Sport Z11SN, which had earlier been running in third place. The second Greaves car finished eleventh in class following mechanical problems and an overnight ‘off’.