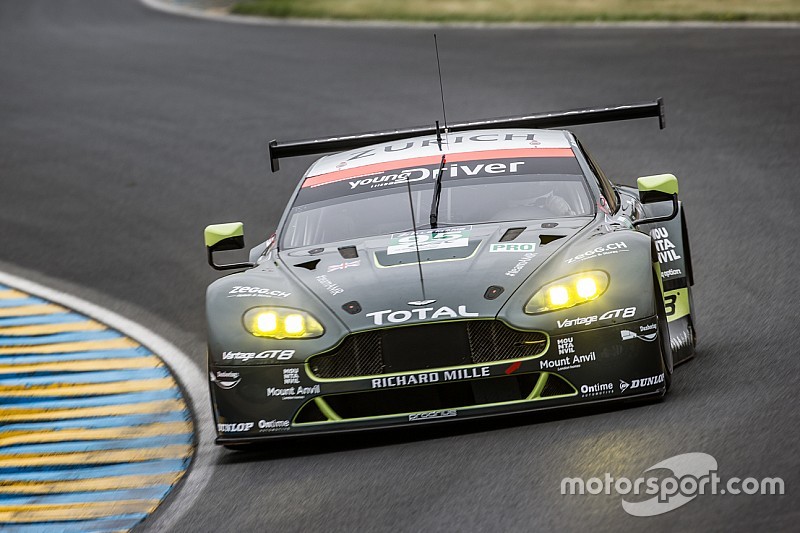 "During qualifying, we didn’t turned that many laps because of the weather conditions and worked on our race set up“, Young Driver AMR´s Jan Struve said. „Nevertheless, we got the maximum out of the car and have the quickest Aston Martin on the grid. We are lacking a bit of top speed after a recent rule change, which affected the aero of the car. But other then that I’m satisfied with our performance so far. Now we can’t wait for the race to start. Le Mans is always special and the highlight of the season. We hope for a good race and are looking forward to close fight with our competitors."

Darren Turner: “During practise and qualifying, we worked on our race set up. Thursday’s qualifying session was very intensive, as we were faced with very unstable weather conditions. We worked through our programme and had already our race engine and race gearbox installed in the car, so it was important to check if everything works well. During the race, we will at first look at ourselves and will see how far this strategy will bring us.”

Marco Sørensen: “During the first Qualifying session, I went out with a brand new set of Dunlop tires and managed to drive our quickest lap. I really got the maximum out of our Vantage GTE and we ended up in ninth position. For the race, it can be much different, during 24 hours a lot can happen and this can be our chance. I’m quite optimistic and have good feeling for the race.”

Young Driver AMR starts 2016 for the fifth time in the world most important endurance race and won the GTE Am class two years ago. With 14 cars from Aston Martin, Ferrari, Porsche, Corvette and Ford, the competition in the GTE Pro class, the premier GT class at Le Mans, has never been bigger in recent year. The 24 hours of Le Mans start Sunday, 15.00 hours, Eurosport will broadcast the entire race live.

Jani on Le Mans pole: I could've found another second