Carlos Sainz is a name synonymous with rallying, the Spaniard etching his name into the history books as a double World Rally champion and currently gunning for a fourth Dakar win with Audi. Had it not been for a date change, he may well have added a further bit of history to his credit at the Le Mans 24 Hours...

It’s ironic that double World Rally champion and three-time Dakar Rally winner Carlos Sainz Sr’s topflight career would be launched by his specialism for asphalt. It was his back-to-back crowns aboard a Ford Sierra Cosworth RS in 1987 and 1988 in the Tarmac-heavy Spanish national rally division that earned a factory drive with Toyota on the world stage the following year.

The reputed Real Madrid trialist and squash champion's skill for the smooth was helped by prior racing exploits in Renaults 5s and Formula Ford 1600 machinery. That combined with his mechanical sympathy – as he paid particular attention to tyres, springs, and dampers – made him a good fit for the mould of an endurance racer. Little wonder then that Sainz deeply impressed with his brief foray into sportscars in 1989.

Having just turned 27, he had an early May run out at Dijon in Brun Motorsport’s Porsche 962C. As Autosport - now a sister title to Motorsport.com - reported at the time, Sainz was “a mite faster” than co-driver and compatriot Jesus Pareja, who would later share the GT2 class-winning Porsche 911 Carrera RSR in the 1994 edition of the Le Mans 24 Hours.

Sainz recalls how his cameo came about, saying: “Jesus is a very good friend of mine. He was driving at that time with Brun and the possibility came and I came and drove.

“The opportunity was coming like in one minute with Jesus and he said, ‘Would you be interested in testing the Le Mans car? We are going to Dijon in one month’. I said, ‘I’ve never driven a car like that.’ He said, ‘Don’t worry, I have worked with Brun, and we will organise.’ It came like that. It was amazing.”

Contemporary reports had Sainz slated for the Le Mans seat alongside Pareja and two-time grand prix finisher Oscar Larrauri ahead of a possible run out at Jarama fortnight later. But Sainz reckons that was “never the plan”. 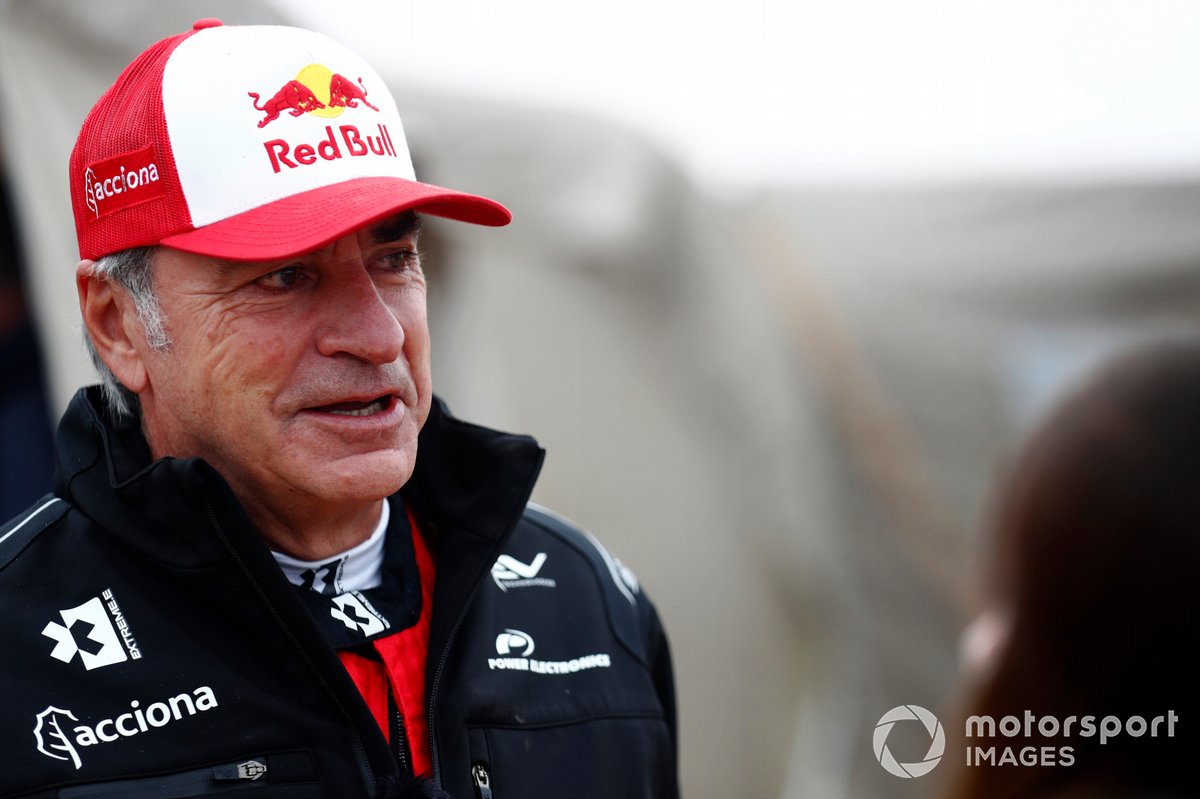 Nevertheless, the initial sessions in France had given him a good measure of the massive speed and huge turbochargers he’d just missed out on in the WRC after the recent demise of the Group B era. It was a driving experience that Sainz still remembers fondly.

He says of the 962: “The power was really good. A lot of downforce. I was shocked more than anything I think by the power and the downforce in the fast corners. It was great. I remember quite a big turbo lag at that time.

“One moment after the first run, Jesus said ‘No, no, you go faster, trust me you will get the downforce’. You need to trust!”

While a Circuit de la Sarthe debut never arrived in 1989, Sainz had yet to fully scratch his sportscar itch. And although he dismisses the idea that he was down to contest Le Mans first time around, he had the firm intention of doing just that at the end of the following decade.

"I seem to remember that he was less than a second slower than Brundle after just two-thirds of a day in the car. That was impressive" Allan McNish

Roll on to 1998 and Sainz had his two WRC titles chalked. Now in his second stint at Toyota, Sainz used that relationship to get back in the cockpit of an endurance thoroughbred (like Sebastien Ogier testing the manufacturer's hypercar earlier last November) in the form of the ultimately unsuccessful but no less beautiful GT-One.

Sainz tested the 3.6-litre twin-turbo machine at Barcelona. Again, he delivered a stellar performance behind the wheel. So much so, he caught a spectating Allan McNish by surprise.

The Scot, then testing for Porsche, recalled: "I was [standing] out on the circuit at the end of the day, and the Toyota went past. I remember thinking to myself that [Martin] Brundle was going quickly. But when I got back to the pits, I found out that it had been Sainz in the car. 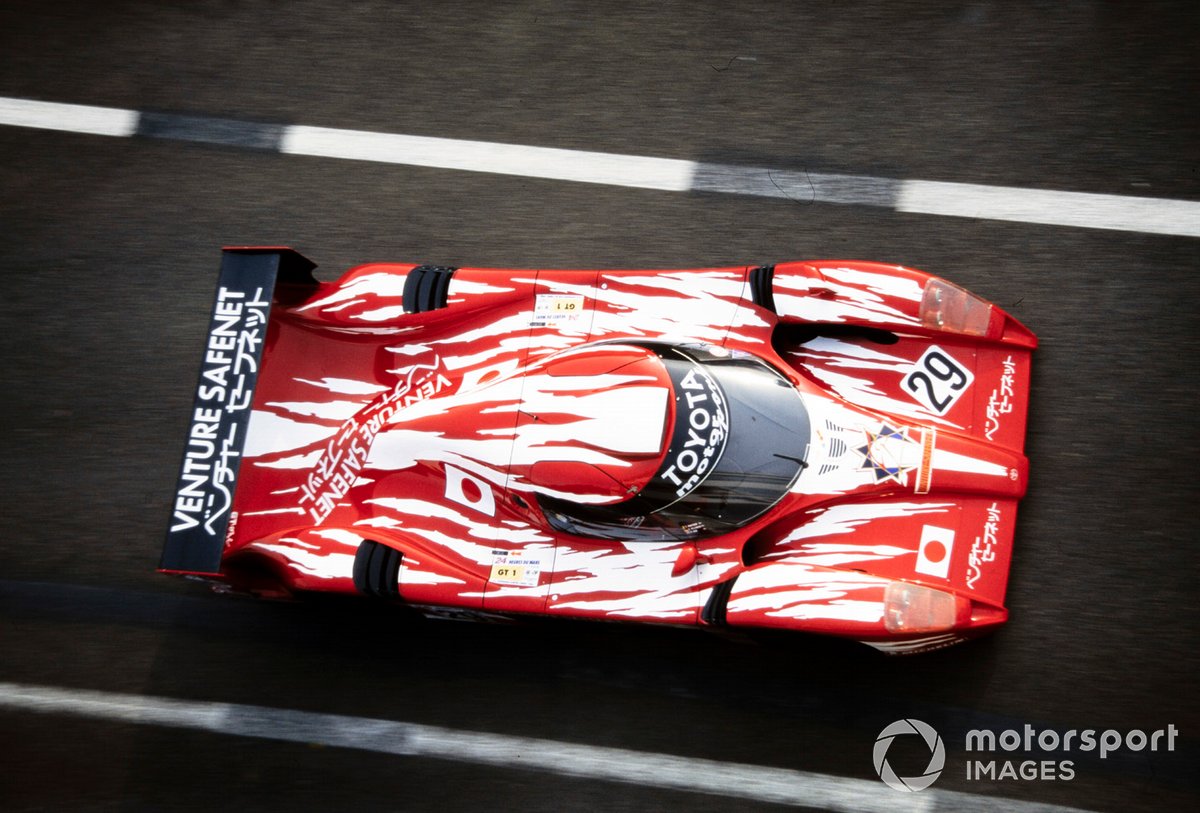 The Toyota GT-One TS020 driven by Thierry Boutsen, Ralf Kelleners and Geoff Lees which almost had Carlos Sainz at the wheel

"I seem to remember that he was less than a second slower than Brundle after just two-thirds of a day in the car. That was impressive given that at the beginning of the day, I'd followed him and he could barely drive the thing in a straight line. The steering in that car, as I would find out the following year [when he moved to Toyota], was so direct."

It seemed as though all was set for Sainz to turn that promise into performance at Le Mans only for a calendar clash to call the whole thing off. The Spaniard explains: “I tried to do Le Mans later on, I drove the Toyota for one day and a half in Catalunya circuit in 1998. But then the dates changed from the practice of Le Mans and it was the same date as Acropolis Rally and I couldn’t.”

Bar a couple of promotional outings in a Volkswagen Scirocco in the 2011 Nurburgring 24 Hours, that was as far as Sainz’s on-road endurance career would stretch. Ultimately, he would leave the high-profile Circuit de la Sarthe rally cameos to Walter Rohrl, Sebastien Loeb and Colin McRae. 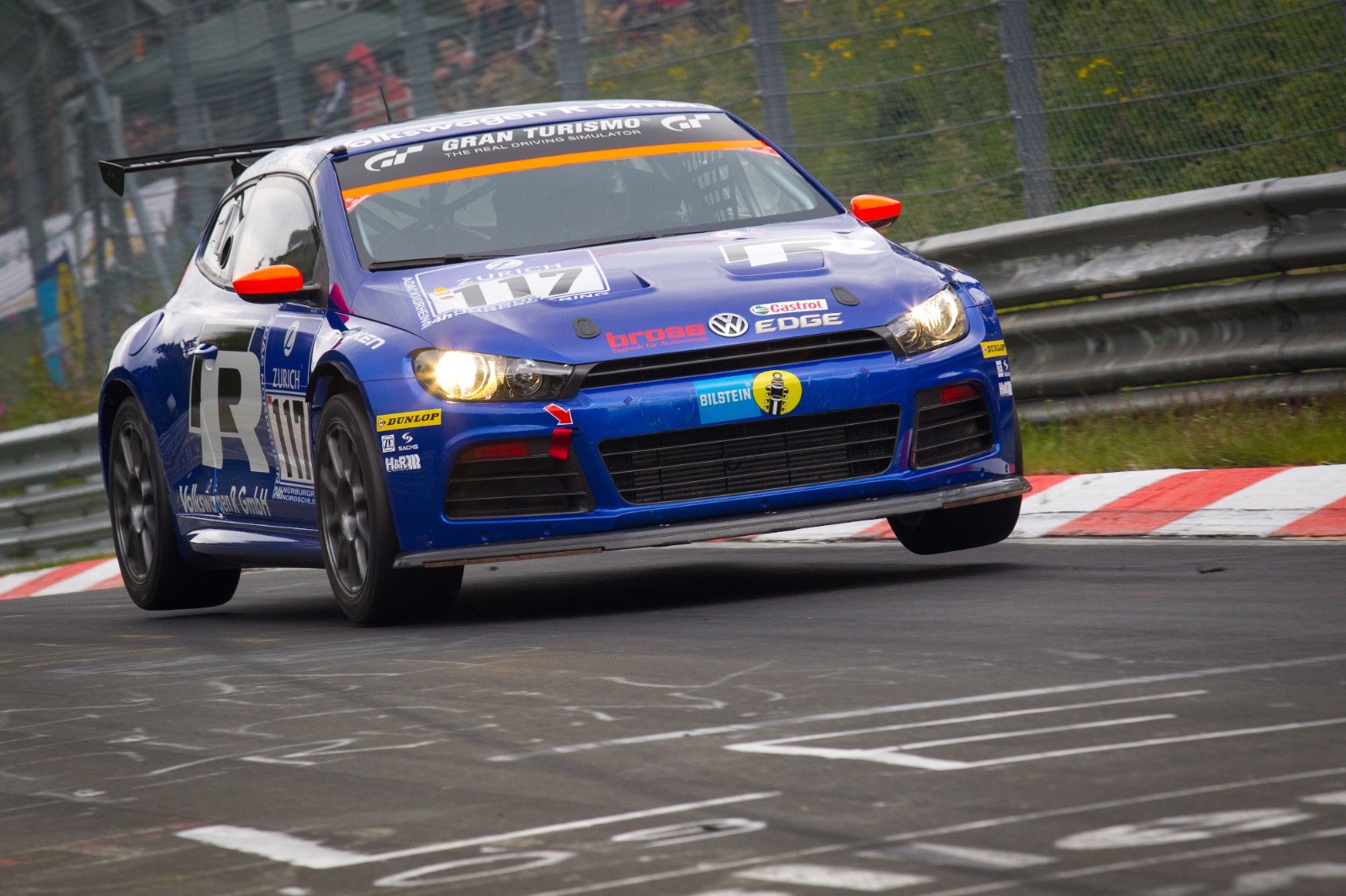 Sainz never again pursued a serious circuit racing opportunity, although his VW ties did lead to a Nurburgring 24 outing