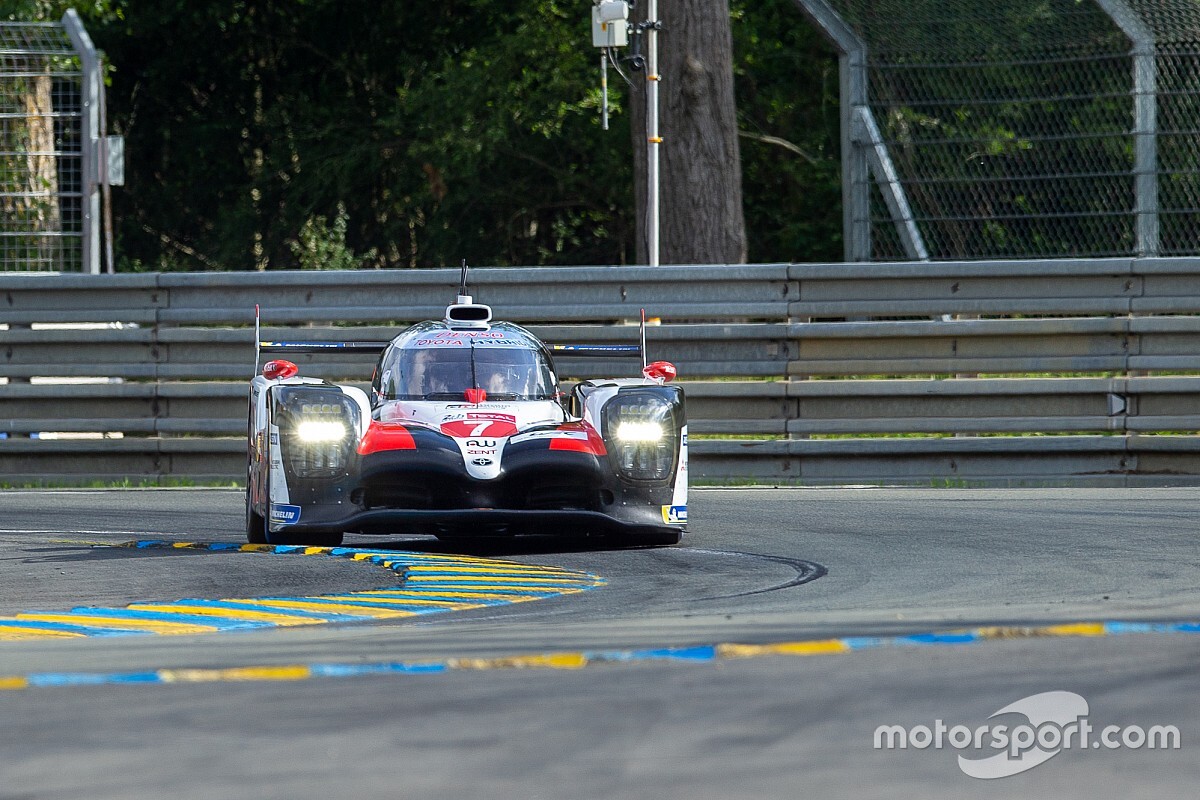 Toyota has been given a weight penalty ahead of this month's Le Mans 24 Hours double-points round of the FIA World Endurance Championship.

The minimum weight for the Toyota TS050 Hybrids has been raised from the 888kg at which they raced at Le Mans in 2019 to 895kg for this year's edition of the French enduro on September 19/20.

The new weight of the Toyotas, published in the Equivalence of Technology table on Wednesday, is still significantly below the 932kg at which they have raced in other WEC races.

The weights for both normally-aspirated and turbocharged privateer LMP1 machinery remain unchanged from 2019 levels at 816kg and 833kg respectively in the Equivalence of Technology table published on Wednesday.

The maximum amount of petrol that can be used per stint by the privateers has been increased to enable the Rebellion, Ginetta and ByKolles ENSO CLM independent LMP1s to achieve 11 laps between pitstops like the Toyotas.

Equality of stint length between hybrid and non-hybrid LMP1s was one of the key changes made to the EoT ahead of the 2019/20 WEC season.

They also included giving the privateers a notional one-second advantage in the time it takes to fuel the cars, which is reflected in an increase in the size of the refuelling restrictor diameters for both normally-aspirated and turbo cars.

The system of success handicaps devised to close up the battle between the hybrids and the non-hybrids for the 2019/20 season is not in force at Le Mans.

The Aston Martin Vantage GTEs have been given an increase in boost from the levels at which they raced at Le Mans last year.

The reduction in boost imposed on the British cars on the Friday of Le Mans week after Marco Sorensen claimed pole position in GTE Pro has been reversed in the latest Balance of Performance table.

The Aston and the Ferrari 488 GTE Evo will start Le Mans week at the same minimum weights at which they raced last year, 1246kg and 1279kg respectively.

The Porsche 911 RSR-19 introduced for this season will start Le Mans week at 1286kg, which compares to the 1266kg at which the previous version raced last year. It also has a smaller diameter air-restrictor, 30mm compared with 30.3mm, than last year.