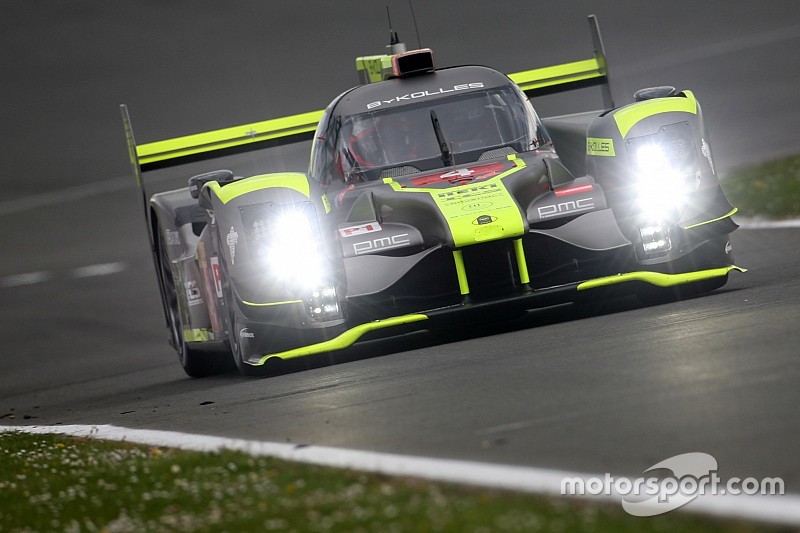 Oliver Webb believes it is not “ridiculous” for the ByKolles LMP1 team to aim for an outright podium in this year’s Le Mans 24 Hours.

The Austrian team's ENSO CLM P1/01 is the sole non-manufacturer LMP1 car to be entered for the French endurance classic this year, as well as for the FIA World Endurance Championship season.

After qualifying well among the LMP2 cars, the ENSO CLM ran largely without issues in last month's Silverstone season opener until being involved in a pitlane incident with a GTE class Aston Martin that caused its retirement.

ByKolles had switched from AER to Nissan power over the winter.

Webb, who shares the #4 car with James Rossiter and Dominik Kraihamer, was encouraged by the pace and reliability the team showed at Silverstone after a disastrous Prologue test in Monza which was cut short by problems.

And with further updates to come between now and June, the British driver believes that the prospect of finishing in the overall top three at Le Mans is not as distant as it previously seemed.

"To be two or three seconds quicker than last year [at Silverstone], and to not have one issue engine or drivetrain-wise, very happy with that," Webb told Motorsport.com. "The car is genuinely a pleasure to drive now.

"We still have new updates coming to the car before Le Mans. whereas all the LMP2 cars are at their peak. They’ve done loads of testing, they have no updates, but we’ve got more to come.

"To think of an overall podium at Le Mans is looking less and less ridiculous."

Webb said that the fact this year's new generation of LMP2 cars are so much faster than last year's had made ByKolles' life harder, but expressed optimism for the future of the privateer LMP1 class.

Ginetta confirmed at Silverstone it is aiming to have at least three of the six cars it plans to sell to customers on the WEC grid in 2018, which combined with ByKolles and the two-car SMP Racing/Dallara project would make for a subclass of six cars.

"WEC have made it hard for themselves making those LMP2s so much faster," he said. "Making them six seconds quicker and leaving a four-second gap [to the hybrids] for a privateer LMP1 category is tight.

"When the LMP2s gain six seconds over the winter and you gain three, it doesn’t look very good.

"But if Ginetta only field half as many as they want to [next year], SMP have two – all of a sudden you’re looking at a grid that’s bigger than the hybrid class. Then it becomes a legitimate category."