The WeatherTech Racing Porsche that topped the afternoon session of the Le Mans 24 Hours test day is facing a top speed deficit to the German marque’s pair of factory cars, says Cooper MacNeil.

Porsche locked out the top three places in the GTE Pro class on Sunday, with works driver Kevin Estre laying down the benchmark of 3m52.901s in the #92 car in the morning session – just three thousandths up on Gianmaria Bruni in the sister #91 RSR-19.

Earl Bamber then posted a 3m52.938s to lead the category in the afternoon and move up the Proton-run WeatherTech car to third for the day, narrowly outpacing the two factory Ferraris.

That was despite the WeatherTech machine recording a maximum speed of 295.6km/h (183.7mph) during the day’s running, making it the second-slowest car in the class and 3.2km/h (2mph) slower than both of the works Porsches.

MacNeil, who is sharing the WeatherTech Porsche with Bamber and Laurens Vanthoor, said the team will be focussing on closing this gap when running resumes with opening practice and first qualifying on Wednesday.

“We definitely have a lot of work to do,” said MacNeil. “With this place being as fast as it is, we need as much straight-line speed as we can get.

“We’re at a bit of a deficit right now compared to some of the other Porsches. We are looking for a little more top speed in the car as well as fine tuning the balance.

“A solid test day with some good times turned by all three of us. The car is in good shape, so the Proton guys don’t have any extra work. They can focus on race prep and getting the car dialled in for the race.”

Porsche is looking to rebound from a bruising time at Le Mans last year, which was the first outing in the French endurance classic for the new RSR-19, as it chases a first GTE Pro win since 2018. 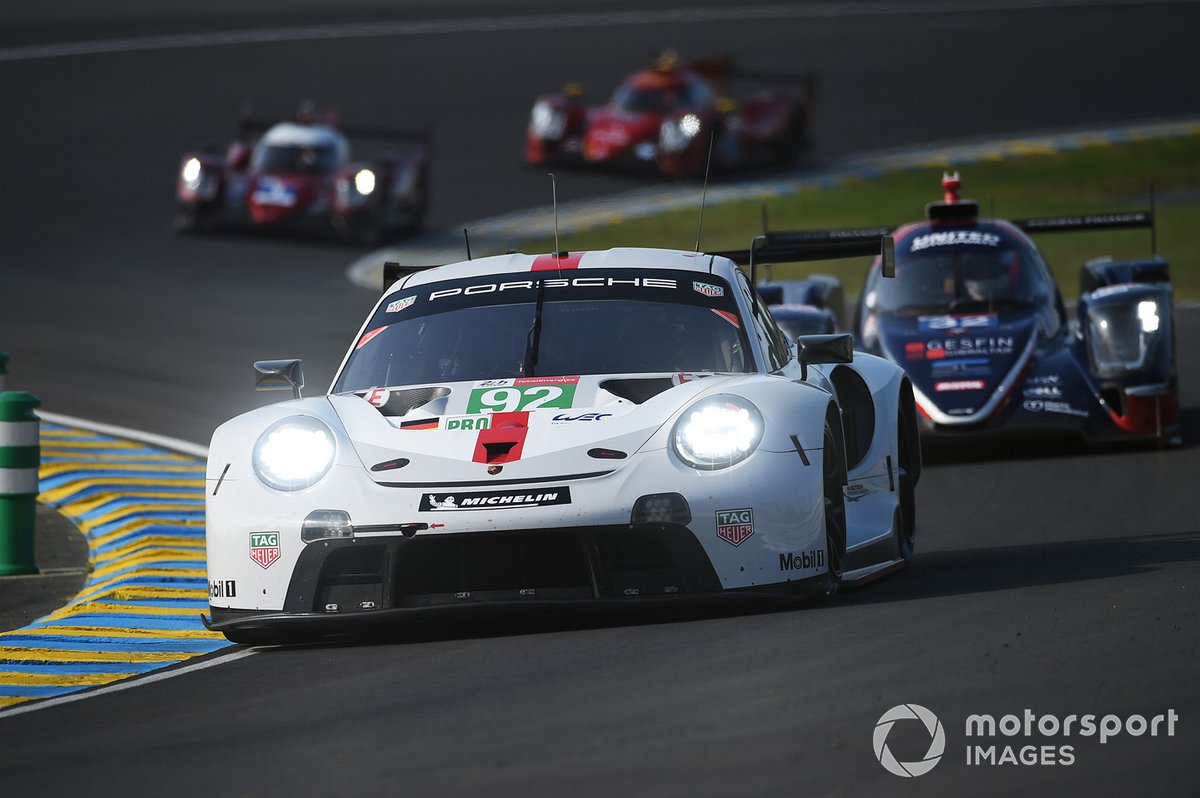 The Weissach brand’s head of WEC operations Alexander Stehlig reported that the test day “went well” for Porsche and noted the unusually high grip on offer during a hot day at the Circuit de la Sarthe.

Pacesetter Estre echoed those sentiments, saying: “Compared to previous years, the track was very clean with good grip. We managed to start work on the setup very early – and that’s generally not the case.

“Our Porsche felt really good from the get-go and we quickly got up to speed. Still, we went through our checklist and found a few things. We now have a lot of data to analyse and discuss.

“It’s always difficult to know what the competition is doing, but we’ll concentrate on our own business. We’re pleased because we’ve learned a lot and we were always up with the play in terms of balance and lap times.”

The other non-factory Porsche in the GTE Pro class, the RSR-19 entered by HubAuto Racing, was sixth-fastest thanks to a 3m53.221s posted by Vanthoor’s younger brother Dries in the afternoon session. 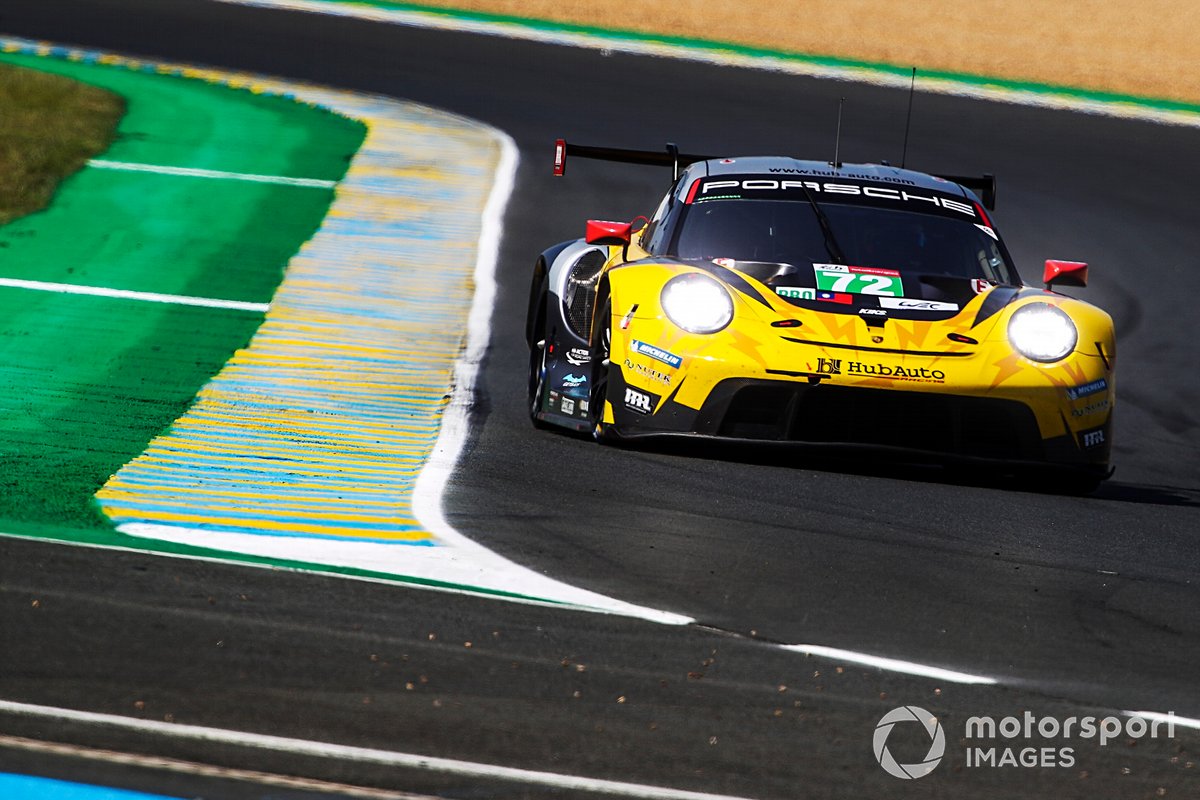 Porsche likewise topped the times in GTE Am as last-minute signing Harry Tincknell logged a best effort of 3m54.472s at the wheel of the #99 Proton Competition car.

WeatherTech Racing drops down to GTD for rest of IMSA season