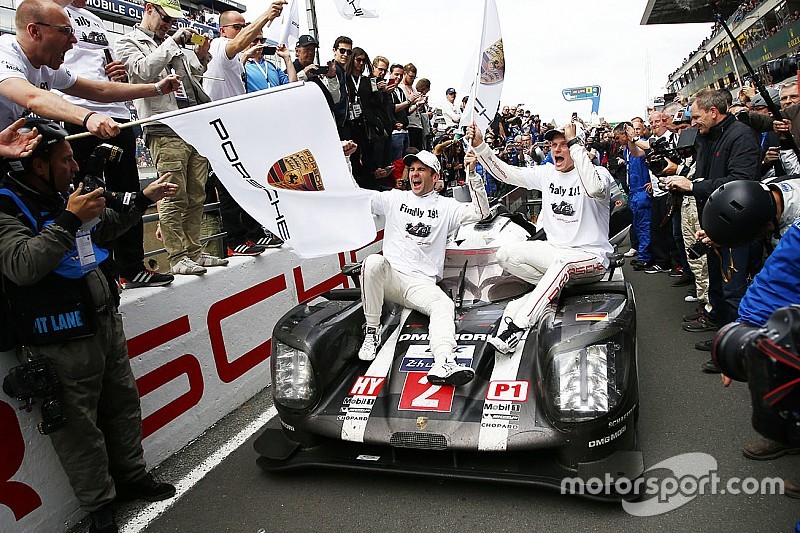 Relive the 24 Hours of Le Mans with our highlights package of action, which conveys all the main action in just 10 minutes. Simply click on the play symbol below...

The race was a thriller, starting with the first-ever safety-car start to the race due to the wet conditions.

When the race got underway, we saw a huge duel out front between Porsche, Toyota and Audi – but Audi lost one of its cars early on due to a turbocharger failure.

There was some thrilling GT action too, and some close calls for the super-quick LMP1 cars in traffic, thanks to Le Mans’ biggest-ever grid of 60 cars.

As day turned to night, Audi hit more trouble as its side-panel lights had to be replaced. Then Porsche lost its #1 to overheating issues – which would consign it to a lowly finish.

Porsche also lost both its GT cars due to spectacular engine failures, while the #64 Chevy had a huge shunt at the Dunlop Chicane.

In LMP2, we had the longtime-leading Thiriet by TDS Oreca shunt spectacularly – which handed the class to the Signatech Alpine squad.

But at the front, the big story was Porsche versus Toyota. With the #6 Toyota spinning out, and damaging its bodywork, it was down to the #5 Toyota and #2 Porsche to fight out the overall win.

But just as Toyota looked to have conquered Le Mans for the first time, it lost the victory in the cruellest fashion – Kazuki Nakajima’s car breaking down on the penultimate lap and the #2 car passing it with just one lap to go.

The GTE Am class saw a famous win for Ford, 50 years after its first win here in 1966 – helped when the #82 Ferrari spun at Porsche Curves.

But Ferrari did prevail in the GTE Am class with the US-entered Scuderia Corsa car.

What a race, and what a finish. After the race, a visibly gutted Alex Wurz – a Toyota ambassador – gave us his reaction...