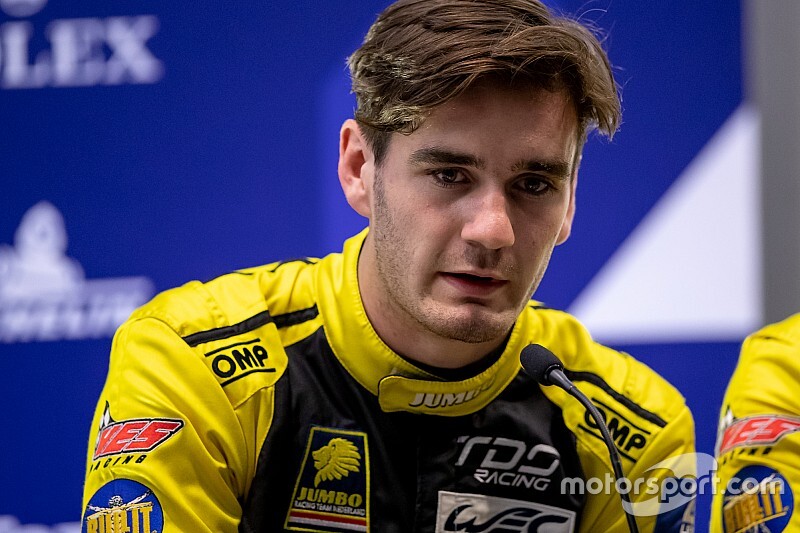 Job van Uitert will race for the United Autosports LMP2 team in the 2020 European Le Mans Series season and the Le Mans 24 Hours.

Van Uitert, 21, moves across from the G-Drive Racing squad after being upgraded from silver status to gold this winter.

The Dutch driver will partner Will Owen and Alex Brundle in one of the team's Oreca 07, and will make his second Le Mans appearance pending the acceptance of the team's second entry.

Filipe Albuquerque and Phil Hanson have already been confirmed for a third campaign together in the lead United car.

"I have raced against the team in both my seasons in the ELMS as well as at Le Mans and I know how good they are.

"We've been talking with each other, trying to get the stars aligned for a few years and to be finally joining the team next year is fantastic and I want to thank [team owners] Zak Brown and Richard Dean for the opportunity.

"Line-up wise we will be very competitive and it is great to have Alex Brundle and Will Owen as teammates. I'm sure we will have a great season together with many fun moments and hopefully a lot of champagne."

Mikkel Jensen and Colin Noble both drive for the Russian team in last Sunday's WEC rookie test in Bahrain, while Harrison Newey and Charles Milesi were among those in action for RTN, whose Oreca is also run by the TDS Racing squad.