Toyota says it was “surprised in two directions” by the pace of privateer LMP1 rival Rebellion in the Le Mans 24 Hours, as the Swiss outfit faded after a strong start.

By:
Filip Cleeren
Co-author:
Jamie Klein
Listen to this article

Behind the polesitting #7 Toyota TS050 of Mike Conway, Bruno Senna successfully defended his second place at the start in the #1 Rebellion against the second #8 Toyota of Sebastien Buemi.

Senna managed to match Toyota’s pace, setting the fastest lap of the race on the fourth lap, a 3m19.264s. Buemi was unable to get past the Brazilian, only moving up to second after the first round of pitstops.

As the race progressed both Rebellion cars were unable to keep up their early pace, the lead #8 Toyota of Buemi, Kazuki Nakajima and Brendon Hartley ultimately winning the race by five laps over the #1 car.

When asked by Motorsport.com about Rebellion’s pace, Toyota’s technical director Pascal Vasselon said his team was “worried” by Senna’s early-race flash of speed, but equally surprised when the team couldn’t sustain it.

“We have been quite surprised in two directions with Rebellion”, Vasselon said. "First at the start we were quite surprised by the pace of Bruno Senna because during practice he was not looking super-quick compared to his teammates.

"So when we saw he was able to set the best time of the race we were clearly worried. Then for a reason which is unknown to us the pace of the Rebellion has dropped quite significantly.

“First we were very worried by the pace of Senna in the first stint and then surprised in the other direction when he pace of the Rebellion has dropped quite significantly. Was it degradation or traffic, we don’t know. We were very surprised that they were not that fast.” 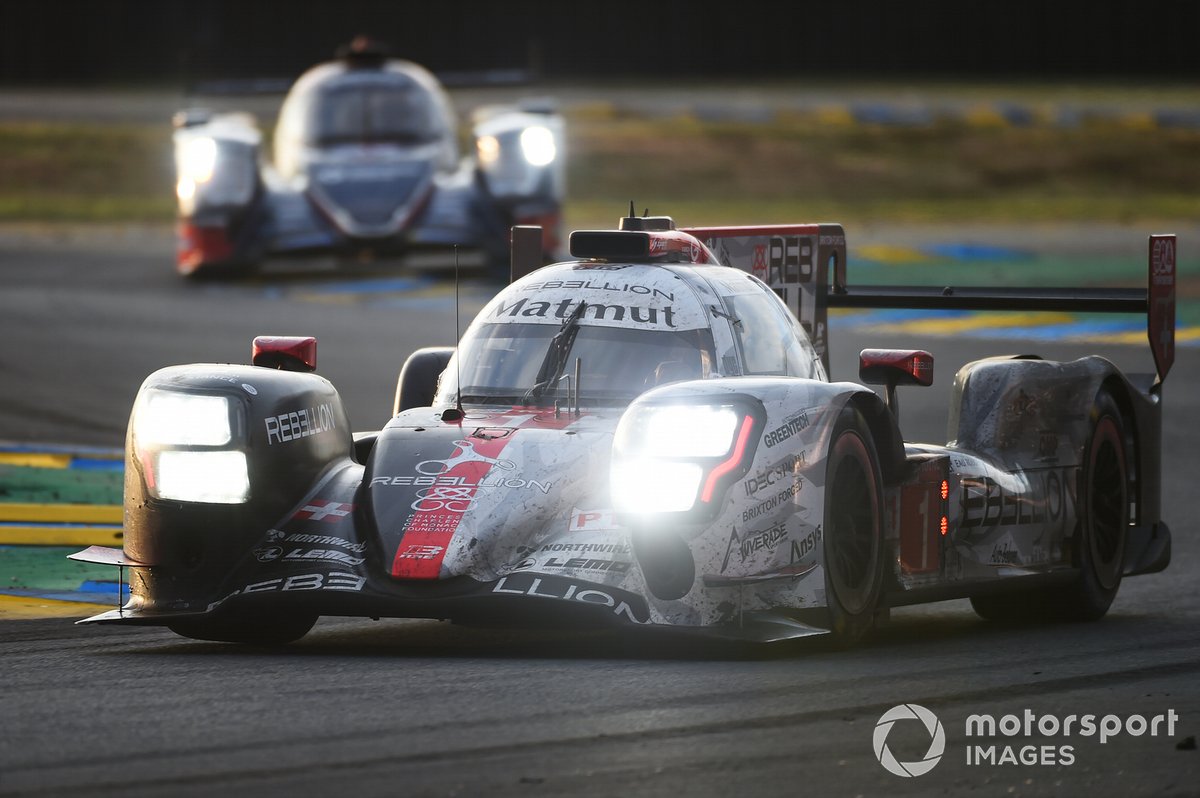 Vasselon was also surprised by the slower race pace in general, saying this “can only be explained by a lack of track grip” caused by rain showers the night before the race, which washed away rubber and brought the asphalt’s oily substances to the surface.

Rebellion CEO Calim Bouhadra explained that traffic was indeed the main differentiator between the hybrid Toyota, which can quickly boost past slower cars coming out of the corners, and the non-hybrid Rebellion R-13 in the early part of the race.

"It was very simple", Bouhadra told Motorsport.com. "We know we are very quick with the car in dry conditions, the car is very competitive, but after this [first stint] we lost our pace in the traffic.

“The Toyota with the hybrid system can more easily overtake and negotiate the traffic than us. For us it was a nightmare to keep the same pace, because we know we can go much quicker without traffic.”

While struggling with traffic, the #1 car of Senna, Gustavo Menezes and Norman Nato enjoyed Rebellion's smoothest-ever run in the LMP1 ranks at Le Mans to take second place overall, only delayed by a nose change.

“The only issue or concern we had is we started to have less brakes,” Bouhadra added. “We had to manage the brakes at the end of the race. Everything otherwise was okay.”

The sister #3 car of Louis Deletraz, Romain Dumas and Nathanael Berthon lost an extra lap during the night when Deletraz collided with a rabbit, which caused bodywork damage and forced the Swiss F2 frontrunner to pit for repairs.

The car was then delayed again after an off for Deletraz at Indianapolis with an hour to go, which prompted repairs to the clutch and handed third to the delayed #7 Toyota.