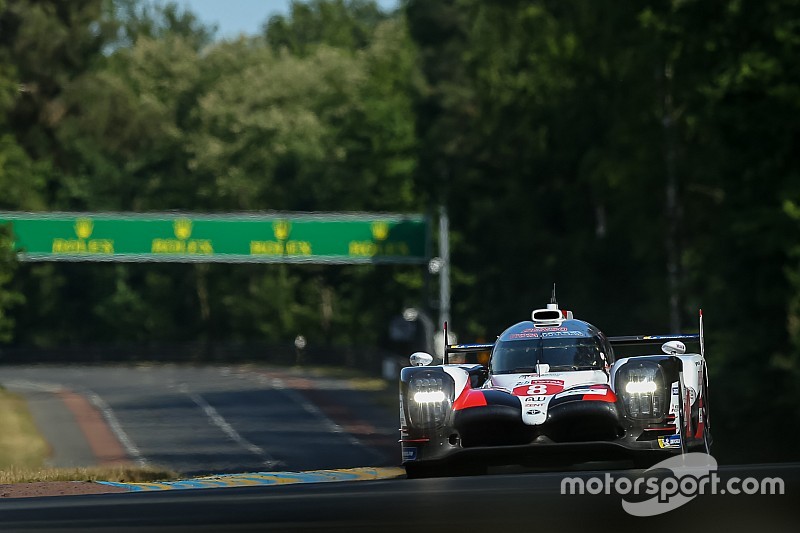 Toyota will once again be able to go one lap longer between fuel stops than its privateer LMP1 rivals at the Le Mans 24 Hours later this month.

The re-imposition of the advantage on stint length that Toyota had at Le Mans last year has been confirmed with the publication of the latest Equivalence of Technology (EoT).

It means that the Toyota TS050 Hybrids will be able to complete 11 laps of the 13.626km Circuit de la Sarthe during green-flag running and the non-hybrid entries from Rebellion, SMP Racing, ByKolles and DragonSpeed 10 laps.

Longer refuelling stints for Toyota were part of the original EoT implemented at the start of the 2018/19 WEC season along with a theoretical 0.25 percent advantage in laptime.

The Japanese manufacturer subsequently agreed to these being removed ahead of the Fuji WEC round last October as the rulemakers struggled make the privateer LMP1s competitive.

But Toyota stressed at the time that it had not agreed to the changes, which also included wiping out the advantage it had in refuelling time, for Le Mans.

Toyota Motorsport GmbH technical director Pascal Vasselon described the differences in fuel usage allowed to the Toyotas and the privateers as "massive".

"We are talking about something like 35 percent," he said. "We could not dream about a better demonstration of the efficiency advantage that a hybrid system brings."

The revised diameters of the refuelling restrictors in LMP1 are designed to give the Toyotas a two-second advantage in the pits, though at least one independent has privately stated that this is likely to be nearer five seconds.

The maximum petrol per stint for privateers is now 50.8kg for normally-aspirated cars and 48.4kg for turbos. Those figures at the last round of the WEC at Spa were respectively 56.5kg and 52.8kg.

Vasselon has also clarified previous comments about the removal of the 26kg increase in minimum weight for the Toyotas ahead of Fuji, explaining that it was always intended that this would be revised rather than removed for Le Mans.

This reflects the lower amounts of hybrid energy deployment and fuel allowed per kilometre at Le Mans than at the shorter WEC races.

The Toyotas will now run 10kg heavier than at Le Mans last year to remove the 0.25 percent advantage, which is equivalent to half a second at Le Mans.

Vasselon described the half-second as "a kind of safeguard" that reflected Toyota's perceived potential of the privateer cars for last year's race.

"Now we do not need the safeguard; now we are down to zero," he said.

Toyota was able negotiate the series of advantages because the technical rule changes under the EoT did not conform to the FIA's stability statutes. Its agreement was required for any revisions to the rules. 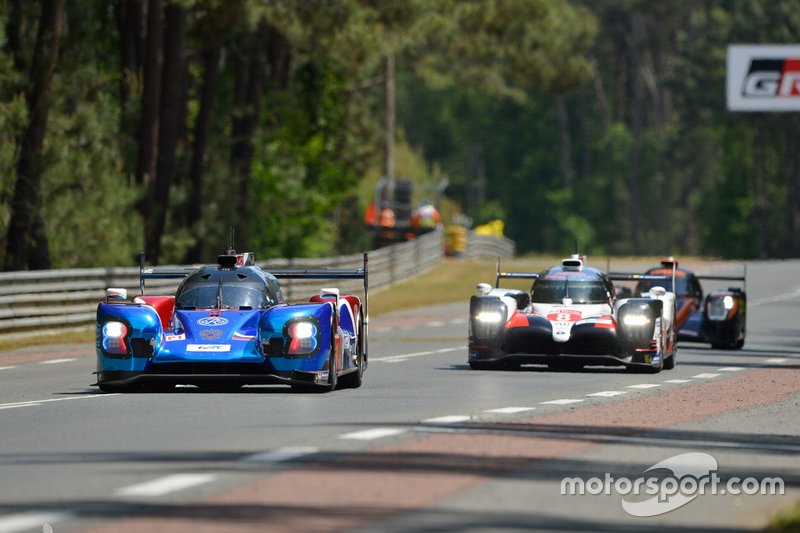