Toyota is facing a major straightline speed deficit to its privately-run opposition in the LMP1 class in this year’s Le Mans 24 Hours, believes Mike Conway. 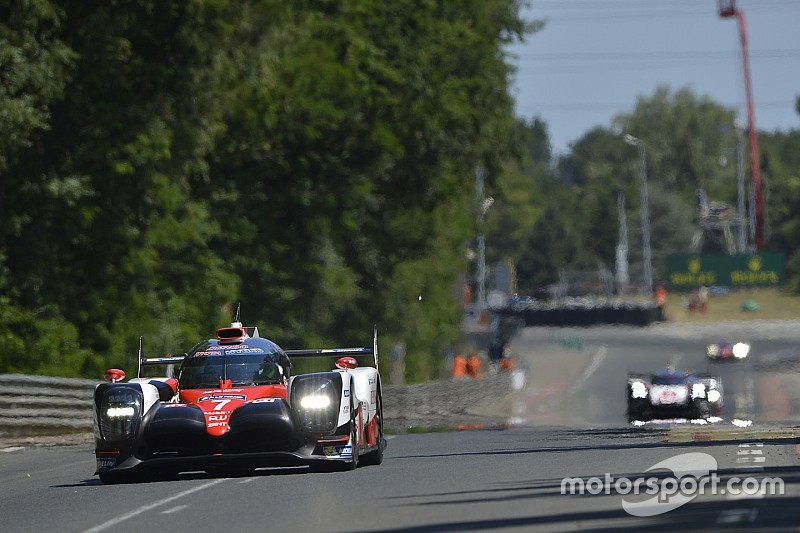 In a bid to attract more competitors for Toyota in the top division, the FIA and Automobile Club de l’Ouest have sought to level the playing field between hybrid and non-hybrid cars as part of a raft of changes for the 2018/19 FIA World Endurance Championship season.

The non-hybrids have also been allocated almost twice as much energy (210.9mj) to use in a single lap of the Circuit de la Sarthe as Toyota (124.9mj per lap).

The changes, according to Conway, mean that a long-awaited maiden Le Mans victory for Toyota this year cannot be considered a “foregone conclusion” - and he expects the Japanese marque to be particularly disadvantaged in terms of top speed.

“With the rules [the organisers] have given a decent favour towards the privateers, in terms of the rules being very open for them,” Conway told Motorsport.com.

"If they’ve got that advantage then it could be pretty difficult. I don’t think it’s a foregone conclusion.

“We definitely have an advantage in terms of four-wheel drive systems, boost off the corner. But they can run a lot more downforce, more drag, because they have more fuel to burn a lap."

Asked if he feared any particular privateer squad, Conway replied: “I think the Rebellion, being an Oreca, they could be good. Let’s see at the Prologue [test at Paul Ricard] what they can do.”

Best chance for privateers since 2005

Oreca technical director David Floury emphasised 2018 represents a golden opportunity for private teams to take victory at Le Mans, given the dearth of manufacturers in LMP1.

"The chance for private LMP1 teams in Le Mans is as high as it has been for a long time,” he told Motorsport.com.

“Pescarolo probably had the last opportunity of this kind in 2005, 10 years before Courage could have won [the year McLaren took honours with the F1 GTR].

“There are always cycles like this at Le Mans. At some point a small window for privateers opens. The next chance of this kind will probably come in 2030 earliest."