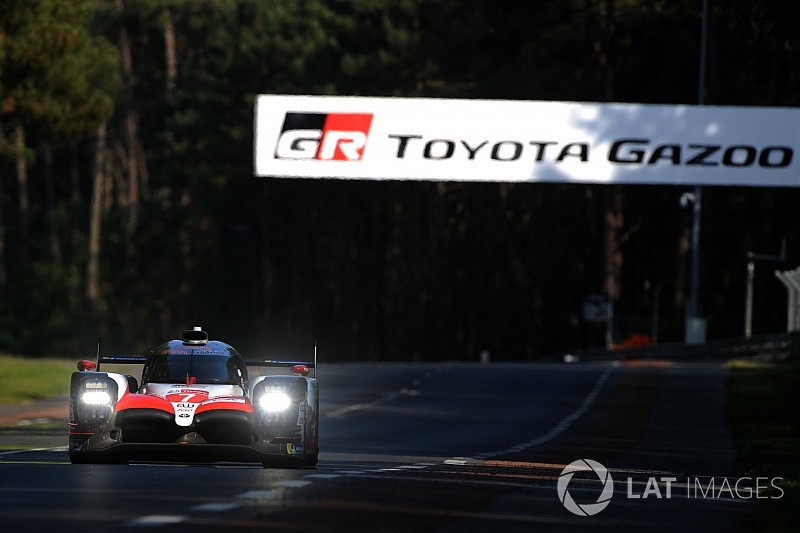 Toyota was "cruising" in first qualifying for the Le Mans 24 Hours and could go "a lot faster" if it wanted to, according to the marque's LMP1 privateer rivals.

Kazuki Nakajima posted a best lap of 3m17.270s aboard the #8 Toyota TS050 Hybrid in Wednesday night's first qualifying session, leading a one-two for the Japanese brand.

The best of the non-hybrid LMP1s was the #17 SMP Racing BR Engineering BR1-AER, which was 2.213s slower than Nakajima in the hands of Stephane Sarrazin.

Tom Dillmann was eighth quickest in the ByKolles ENSO CLM P1/01-Nissan, a 3m22.505s, after having had his best lap – a 3m20.9s – deleted for excessive fuel consumption.

While the Frenchman expects to improve in Thursday evening's second and third qualifying sessions, he believes Toyota is not having to push hard to stay clear of its LMP1 opposition.

"They are cruising," Dillmann told Motorsport.com when asked what he thought of the Toyota's pace. "The track is fast, LMP2 and GTE Pro are both faster than last year.

"I saw the on-board [on the Toyota] and honestly, they are not using the kerb much… I think they can do a 3m14s easily.

"It's cool conditions, it's good rubber [laid on the track], I think they are just doing a pace they can be sure they are reliable."

Rebellion's pair of R-13-Gibsons were fourth and fifth fastest behind the lead SMP car, with the leading #1 machine 2.392s off the pace set by Toyota.

Thomas Laurent, who shares the #3 Rebellion with Gustavo Menezes and Mathias Beche, said the Swiss outfit would be only be able to find an extra second compared with its best Wednesday time.

Asked how much quicker Toyota could potentially go, Laurent told Motorsport.com: "A lot faster. They are not really pushing. They did the same lap as they did in practice.

"They can do the same laptime as last year, or even quicker.

"I think with the grip of the track, the temperature today, we can do a time more or less one second faster [than on Wednesday], with new tyres and no traffic.

"We need to beat the SMP which is currently third. We really need to be the first LMP1 privateer on the grid."

Flashback: 30 years ago this weekend...