Third in class for Conway at 24 Heures Du Mans 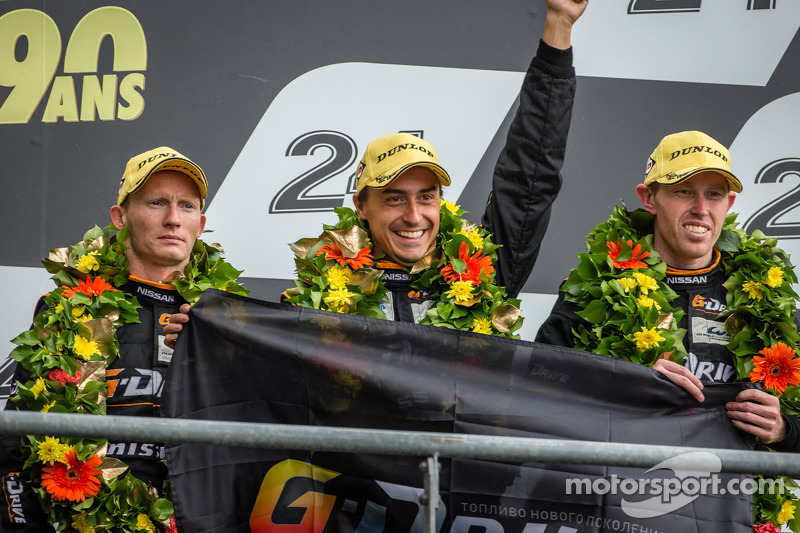 London, UK – June 23, 2013 - Mike Conway making his debut at the Le Mans 24 Hours race this weekend, finished on the podium in the LMP2 category.

Driving the No. 26 G-Drive Racing ORECA Nissan car, Conway and his teammates John Martin and Roman Rusinov, started the race on the front row in their category. The team got off to a good start but unfortunately as night fell, they were forced to make an emergency stop when two light panels needed repairing. They returned to the race back in 10th, but knowing that they had a fast car, were able to work their way back up the grid, finding third place and their first podium finish of the season.

“That was a great experience,” said Conway. “It’s a real shame that we had those issues at the beginning of the race because we definitely had a shot for the win, we certainly had the quickest car.“ 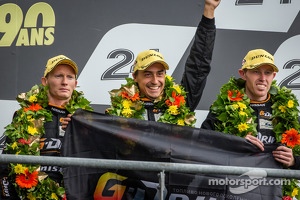 Commenting on the issues, he went on to say “We had two light panels go during the night, which cost us about 10-12 minutes extra. From there we pushed really hard till the end and worked our way up from 10th all the way to 3rd where we remained for the rest of the race. In the end I suppose it was a really good result. I definitely learned a lot with every stint I did. The night runs were pretty crazy and its just a case of getting used to that and the changeable conditions all the time, but it’s been a pretty good weekend overall.”

This podium finish for Conway adds to what’s already been a successful career and his impressive skill that he has in various racing series. Before this weekend, Conway had just returned from the US competing in an IndyCar double header in Detroit. Not only did Conway start on pole for one race and the front row for another, he was the only driver to finish both races on the podium, with one being a victory.

The weekend at Le Mans however has been overshadowed by the fatality of Aston Martin driver, Allan Simonsen and our thoughts go out to his family and friends.

Round 5 of the World Endurance Championships will continue on the 1st September, where Conway and his team will head to Sao Paulo, Brazil.

7th in LMGTE Pro for Gavin at Le Mans