The present and future of SMP Racing 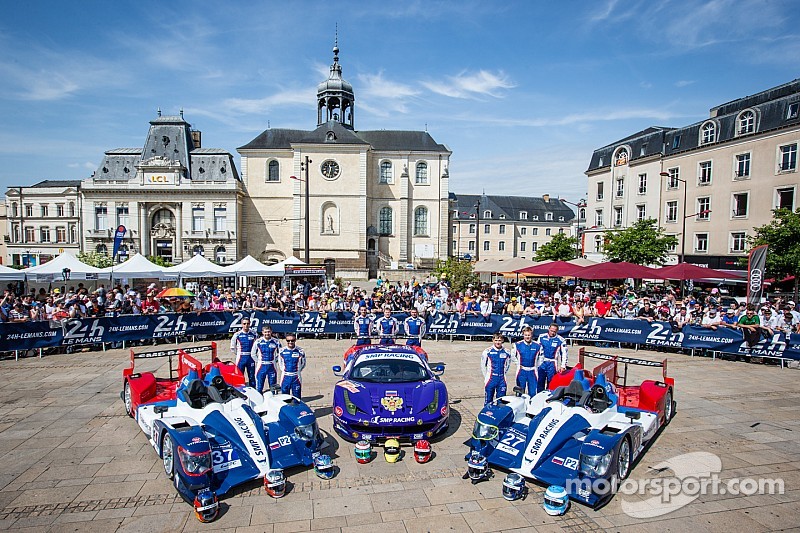 Laurent Mercier sat down with SMP Racing managing director Benjamin Durand to get an idea of the current state of affairs with the Russian outfit.

Following a 2013 season in Blancpain Endurance Series and European Le Mans Series (GTC title winner), SMP Racing is taking the next step this year with two ORECA 03 entries in the FIA World Endurance Championship. In a parallel program, the Russian team is also fielding four cars in ELMS, three Ferrari 458 Italia GT3s and one F458 Italia that will also run at Le Mans.

Our ambitions are clear: win Le Mans in three years. For us, the best preparation is the FIA WEC where we are hoping to have two LM P2 cars entered in 2015.

At SMP Racing, the objectives are clear: find the young and upcoming talents to take them to the highest level, impress in various championships and build a Russian LM P2 for 2015. For Boris Rotenberg, president of SMP Racing, motor sport is anything but a fad. Ambitions are clear with programs that have been put in place with long term goals.

We sat down with SMP Racing managing director Benjamin Durand to discuss the present and future of the Russian outfit, notably on the potential arrival of a new LM P2.

In what state is the current Russian LM P2 project?

“So far the timeline is being adhered to. The goal is to enter two cars in 2015. Our ambitions are clear: win Le Mans in three years. For us, the best preparation is the FIA WEC where we are hoping to have two LM P2 cars entered in 2015.”

“That’s in the works. It’s clear that the two entities will be separate. Even though SMP Racing is not here to do that kind of business in racing, we will be able to sell cars. Like I said, our objective is to win Le Mans. For the time being we are staying discreet. Paolo Catone (designer of the Peugeot 908) is the LM P2 project manager. We want to present it all in a general, comprehensive way to our partners.”

And the GT portion of the team?

“We have no plans to abandon the GT classes. This year, we will do our best to do well in the various championships that we have entered. The team has done a lot of testing in the off season.”

Will the 24 Hours of Spa be part of the program?

“We are looking into it, but nothing has been confirmed yet.”

“This will be SMP Racing’s first Le Mans and everything has been done to have a good result in LM P2 and GTE-Am.”

With current events in mind in the Ukraine, is there a worry about the future of SMP Racing?

“SMP Racing is a collateral victim of events that have nothing to do with auto sport. We are weathering the situation. Financing is set, but we don’t have control over everything. The entries for the 24 Hours of Le Mans were paid and the season continues on for us. Boris Rotenberg has no implications in politics. Sanctions can slow us down, but it’s also a motivating factor for us to do well. Today, there are no worries to be had. We can only thank our partners, the FIA and the ACO for their support.”

What is the takeaway from Silverstone?

“The laptimes were very good in the rain. We knew that coming to the FIA WEC would be a very difficult task because we are up against experienced teams. Our winter tests were undertaken partly in the rain. Silverstone is considered a home track for Dunlop and we have explicit confidence in our partnership with Michelin. One must remember that 2014 is our first season in prototypes. SMP Racing is here to learn and the Silverstone weekend was generally positive.”