Algarve Pro Racing has expanded to a second LMP2 entry for next month's Le Mans 24 Hours, with former LMP1 stars Nick Tandy and Oliver Jarvis among its drivers.

Tandy, the outright winner of the French endurance classic for Porsche in 2015, and ex-Audi man Jarvis will be joined by Ryan Cullen at the wheel of a Goodyear-shod Oreca 07 entered under the 'G-Drive Racing by Algarve' banner.

It marks a continuation of an association between Algarve Pro and G-Drive - the European Le Mans Series squad which already has a car entered at Le Mans operated by TDS Racing - that yielded last winter's Asian Le Mans Series crown (pictured top).

The addition of a second car for the Portuguese-flagged Algarve Pro team means the Le Mans field is back up to 60 cars, including 24 LMP2s, with Carlin's withdrawal from the LMP2 ranks having temporarily reduced the car count to 59.

“To have two cars on the grid in the 88th 24 Hours of Le Mans is really exciting for Algarve Pro Racing," commented Algarve Pro boss Stuart Cox.

"We have to say a big thanks to G-Drive Racing for giving us the option to do this, and I’m delighted with the way the programme has come together.

"We’ve been working on it since winning the 2019-20 Asian Le Mans Series title and the work has paid off, as we have a great car and a world-class, champion driver line-up in Ryan, Oliver and Nick."

Cullen had initially been due to drive at Le Mans for another LMP2 team, DragonSpeed, and his place at the American squad has been taken by Timothe Buret.

Tandy meanwhile gets a reprieve after losing out on the chance to represent Porsche in the GTE Pro ranks following the German manufacturer's decision to withdraw its two IMSA WeatherTech SportsCar Championship entries from Le Mans.

The Brit, who last raced a prototype in the 2017 WEC, told Motorsport.com: "I know the Cullens from Formula Ford days when they were racing against us [the JTR team] with Jamun.

"When they saw that I wasn't going to be doing the race with Porsche, I was asked if I'd be up for doing it with Ryan. Driving a prototype around Le Mans, what's not to like?

"I know Olly really well from IMSA and, of course, raced against him in LMP1 when he was at Audi. Ryan is one of the best silvers around, so I'd like to think that we would have a chance."

Jarvis also drove in GTE Pro last year for the Risi Competizione Ferrari team but has LMP2 experience from 2017, when he came close to winning the race outright for the Jackie Chan DC Racing team alongside Ho-Pin Tung and Thomas Laurent.

PSA Group CEO Carlos Tavares has been named the starter for this year's running of Le Mans, ahead of Peugeot's anticipated comeback to sportscar racing.

Peugeot announced last year that it plans to build a new hybrid-powered car to challenge for outright honours at La Sarthe for the first time since 2011, with its entry due to come on-stream at some point during the 2022 FIA World Endurance Championship season.

It has yet to disclose whether its car will be built to Le Mans Hypercar or LMDh rules.

"Peugeot will soon be racing again, and as the starter of this edition, I would like to draw attention to the fact that Peugeot will be back in endurance in 2022 and that the whole company is behind the project. Peugeot won three times with two different technologies and now we are aiming for victory with hybrid technology." 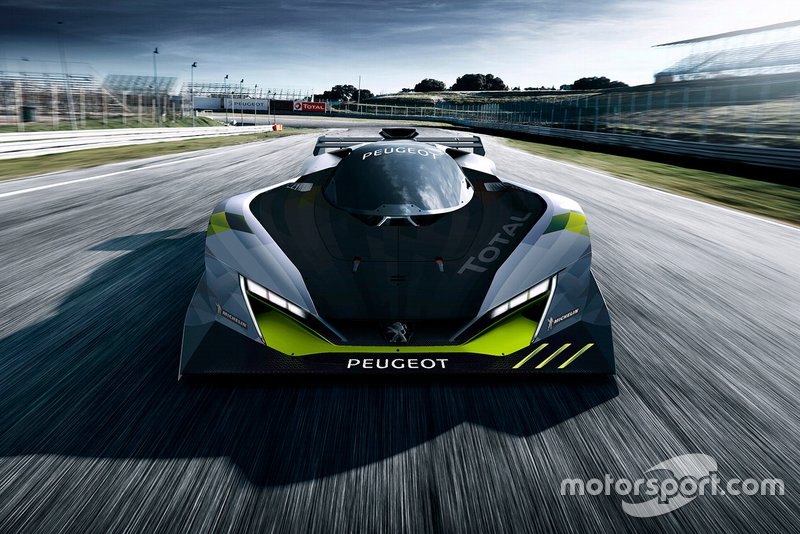 How Jarvis was lured away from Japanese racing - twice