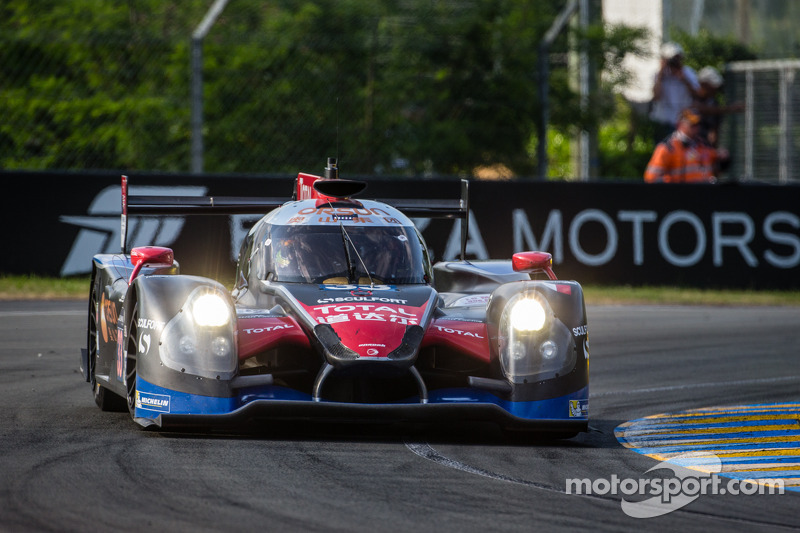 For their maiden outing at the 24 Hours of Le Mans, the #33 OAK Racing Team Asia Ligier JS P2 – HPD, shod with Michelin Tyres, and driven by the Chinese trio of Ho-Pin Tung, David Cheng and Adderly Fong has made it to the end of the race in a respectable 7th in class, 11th overall.

After suffering some issues on the test day, and not getting as much track time as they would have liked during the practice and qualifying sessions because of the red flags, there was no way of really knowing how well the brand new Ligier JS P2-HPD car would hold up over such a distance.

They started off the race with just one goal – to stay safe and not take any risks, to make it as far into the 24 Hours as possible. The sudden downpour in the second hour of the race threw up some challenges, sending half a dozen cars off track and bringing out the safety car, but the team were unscathed, and very pleased with the performance of their Michelin Tyres in the wet. 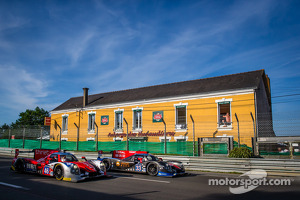 In the 3rd hour, Adderly Fong ended up in the gravel, but managed to make it out and rejoin the race after an inspection in the pits revealed no damage to the car.

As they headed into the night, the car held on steadily to its position near the back of the LM P2 class. Just after midnight, with Ho Pin Tung in the car, they suffered a puncture to their rear right tyre which lost them a bit of time as they made a slow return to the pits.

With the sun rising, the car was still going strong. Keeping a steady hold on 8th, the Ligier JS P2-HPD still had not lost any power or speed. An issue with the paddle-shift compressor that needed replacing in the very early hours of the morning cost them a few minutes, but they managed to hold off their nearest rivals. As the raced neared its end, the car started to suffer some minor issues with the power, but Adderly Fong managed to bring it home.

For a team containing two Le Mans rookies driving brand new car in its first ever race, finishing in the top ten is a fantastic result.

David Cheng: “This whole month has been a whirlwind. The 24 Hours of Le Mans is like nothing I’ve ever done before. The whole experience has been amazing. This has been my life goal, to complete my first 24 Hours in the top 10, we finished 7th, it’s quite amazing. With a brand new team, a brand new car, the Ligier JS P2, the Honda package, Total lubricants China , Michelin, Orsun, Sculfort...It’s incredible what we’ve put together over the last 6 months. Now, the goal is to win the Asian Le Mans title again, that way I can be here next year in this very spot going for the win. Hopefully, we can be standing on that podium.”

Adderly Fong: “I would describe the 24 Hours of Le Mans as confusing. You’ve got to do it by yourself, corner by corner for the 24 hours. You don’t know who’s in front of you, you don’t know who’s behind you. You’ve just got to get around as quick as you can. In hindsight, I wish I would’ve pushed harder in the beginning. I wish I didn’t go in the gravel trap, so we would have had a better result, but that’s what learning is about. That’s the experience of Le Mans. I’m glad to have finished it and made it to the 24 hours, because for the last two hours while I was in the car, I was getting a power cut and we were losing power. I was afraid that something would happen, but I’m glad we finally made it; it’s an amazing feeling.”

Ho-Pin Tung: "First of all, I would like to say that was an amazing job by OAK Racing. I don’t think that many people know that just a few weeks ago, the car was in the workshop; it was just a monocoque, without anything there. So, just in a few weeks, the team managed to build a car, and it was not only fast but also reliable. We had no issues at all during the all 24 hours. So it’s really unbelievable! For me, it’s been great a result. Last year of course it was my debut here, we didn’t manage to finish the race. To make the finish this year, to do a lot of things. I think I did almost half of the race. I really enjoyed every single part of it. This year is my first finish at Le Mans. Next year, the target is going to be different, I’m gonna go for positions.”