Strakka Racing and Dome to field LMP2 car in 2014

The Strakka Racing team is joining forces with Dome, to field a brand new LMP2 chassis in the 2014 World Endurance Championship and Le Mans.

The deal between the two businesses will see the development called the Strakka Dome S103. Strakka will then build and service any customer teams that field the car.

Strakka was the top LMP1 privateer this year at Le Mans. 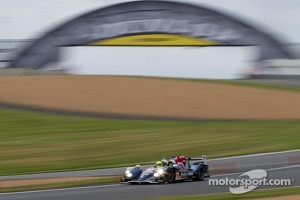 “We went to Dome and said we want to be involved as a partner and not just a customer,” said Strakka Racing team manager Dan Walmsley.

“We have helped fund the project and we will be supply chain managers: we will build the cars in the UK and provide service for customers.”

“We are delighted to team up with Strakka Racing in a partnership that will enable our cutting edge S103 design to become a reality and race on tracks all over the world,” said Dome’s Hiroshi Fushida.

Strakka is planning on running two Strakka Dome S2013s in the WEC next year. The car will be powered by the Nissan LMP2 V8.

The car is expected to make its first laps at a test at the end of February.