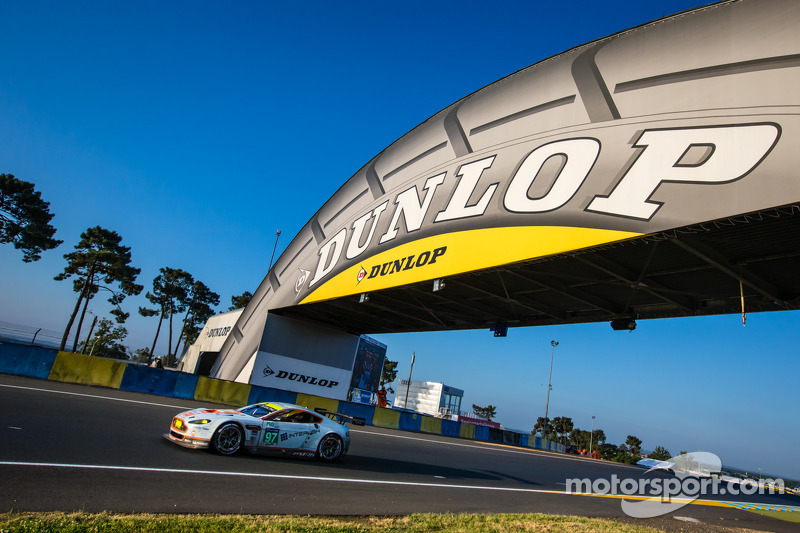 Position six of the GTE Pro Class in the end in the Aston Martin Vantage.

Berlin/Le Mans (rol/ot) The chance to win the 24 hours of Le Mans for the first time has never been bigger for the German sports car pilot Stefan Mücke at his eighth participation in northwest France last weekend (14th /15th of June). The Berlin and his Aston Martin works driver colleagues Darren Turner (Great Britain) and Bruno Senna (Brazil) in their Vantage GTE V8 with starting number 97 fought hard about the win at the GTE Pro Class until Sunday morning with a Ferrari and a Corvette. But then they had troubles with the power steering, were not able to reach the podium anymore and finished on position six in the end. 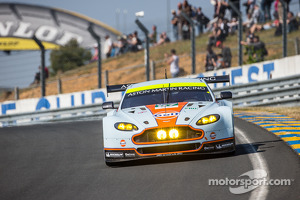 “The pump had to be changed about five hours before the end of the race and Bruno had to drive into the pit being on position two. That cost us a lot of time and we were a few laps behind”, the Berlin explained, who finished on position three in his class the last two years in Le Mans. And Darren Turner had to drive into the pit as well due to a problem with the exhaust system. “I have been on track with the Vantage at the end of the race again. We were able to score two points the WEC”, the 32 year old said, who has been behind the wheel for about eight hours. Together with Turner he fell back to position nine coming from four at the overall drivers ranking of the GT drivers after the third season event of the FIA World Endurance Championship (WEC).

“That has been one of the most thrilling races in Le Mans at all. Our car got stronger and stronger when the grip on track got better in the night and on early Sunday morning. We had great speed that time”, Stefan Mücke explained. “When I have been on track with a triple stint in the morning, I was able to make up about the two minutes gap to the leading Ferrari and handed the Vantage over to Bruno on the leading position. He showed a great performance and kept the lead until the problem with the power steering began. It is very annoying to lose the lead due to a technical problem after such a hard fight.”

Still the Berlin could be happy about the “sensational atmosphere” at the about 13.6 km long traditional track as well as in the paddock. “I have never seen so many people in Le Mans before. And there were a lot of fans that encouraged us during the fight about the class win.” Winners in the GTE Pro Class have been Gianmaria Bruni (Italy), Toni Vilander (Finland) and Giancarlo Fisichella (Italy) in the Ferrari 458 Italia in the end.

“Bear up, we have to get back on track”, Stefan Mücke said and showed that he won’t waste time with the anger about the missed chance. On Wednesday (18th of June) already, the 32 year old will be at the Nürburgring, where the next 24 hour race is scheduled for Saturday (21st of June) on the Nordschleife.