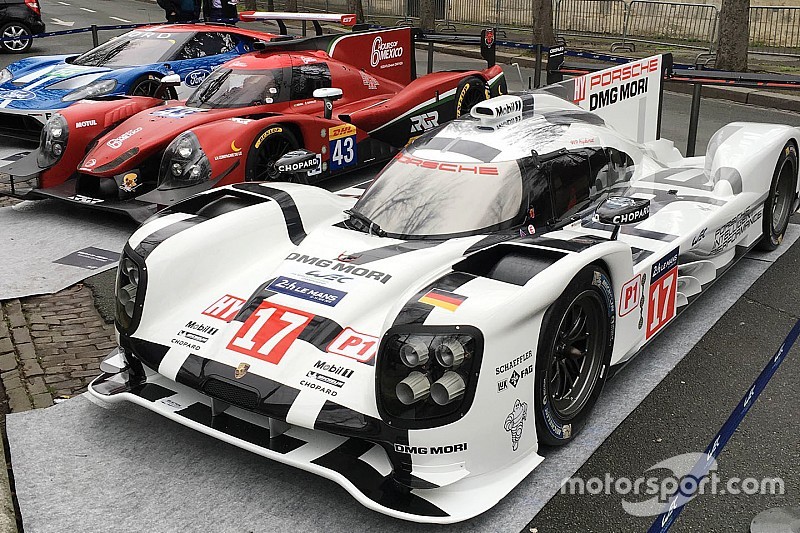 This year’s Le Mans 24 Hours will equal the record for the biggest ever, with 60 cars on the grid for the world’s most famous sportscar race.

The grid’s capacity has been expanded by four cars for 2016, thanks to new garages being constructed at the end of the pitlane.

“This is really good news,” said Automobile Club de l’Ouest president Pierre Fillon. “We’ve decided to open all four garages, instead of the two we originally planned [for 2016], so we will have an incredible grid of 60 cars. We’ve not seen that for a long while."

The news was announced at the annual press conference in Paris, which was livestreamed by Motorsport.com.

As previously announced, Porsche and Audi have trimmed their entries from three cars each to two in the top LMP1 hybrid class. Porsche will run the numbers 1 and 2 on its cars this year, in deference to its World Endurance Championship title of last year.

Toyota will continue to run two cars, as usual.

Ford gets all four entries accepted

The other headline news from the announcement was that all four factory Ford GTs have been accepted on to the Le Mans grid, on the 50th anniversary of the manufacturer’s famous victory over Ferrari in 1966. Ford then went on to win the event outright for four consecutive events.

"This is a big deal for Ford, we're dealing with 50 years of heritage," said Ford's Dave Pericak. "It means the world to us."

Aston Martin chief David Richards said: "The GT category is always incredibly competitive, I think it's going to be harder-fought than ever before."

Wurz to be Grand Marshal

Recently-retired sportscar ace Alex Wurz is to fulfill the role of grand marshal of the Le Mans 24 Hours in 2016, following on from Tom Kristensen last year.

“I was terribly honoured and I instantly said yes, I simply love Le Mans,” said Wurz. “It has never changed and always remained true to itself. It’s one day of the drivers’ lives racing against each other.”