Corvette Racing’s Alexander Sims admits that losing the last-ever victory in the GTE Pro class at Le Mans 24 Hours following an incident with an LMP2 car is “difficult to swallow”.

Sharing the #64 Corvette C8.R with Nick Tandy and Tommy Milner, Sims had a net lead of more than a minute with six hours left on the clock at the La Sarthe classic when he was side-swiped by the AF Corse LMP2 of Francois Perrodo along the Mulsanne straight.

The incident put Sims head-first into the barriers and at a stroke ended Corvette’s hopes of a first Le Mans win since 2015, with the sister #63 car of Antonio Garcia, Jordan Taylor and Nicky Catsburg having already dropped out with suspension issues.

Reflecting on the incident 24 hours on, Sims took a magnanimous view of the crash itself, pointing out that he had been responsible for ending other drivers’ races in the past.

The British driver did however concede that the fact that Corvette will not get another chance to add to its eight class titles at Le Mans next year, at least in the Pro division, made the situation sting all the more.

“It’s never nice when things happen outside of your control, but we’re on track with 60 other cars and people make mistakes,” Sims told Motorsport.com. “ I’m sure Perrodo didn’t plan it, we were just in the wrong place, wrong time.

“We did everything we could do up to that point. We were doing so well. Obviously it was extremely disappointing.

“The fact you know you won’t get another chance does make it somewhat difficult to swallow.

“I wouldn’t say we had it in the bag, but we had a fairly comfortable position, on pace we were good and we were up front with a decent lead.” 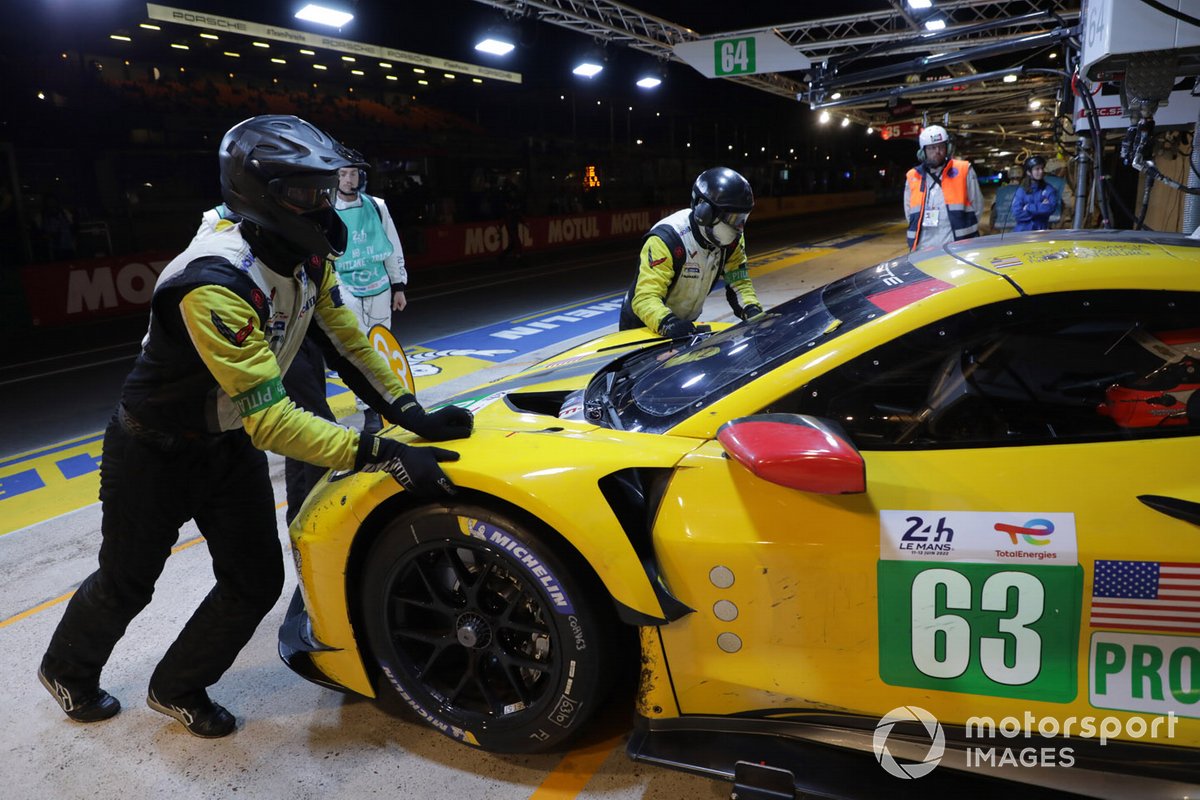 Prior to the race-ending accident with Perrodo, the only real issue suffered by the #64 car was an early loss of brake pressure, which prompted Corvette to perform an unscheduled brake change at around the six-hour mark.

But Tandy, Milner and Sims were able to work their way back into contention, and were best-placed to capitalise when the leading #92 Porsche 911 RSR-19 lost multiple laps following a dramatic puncture that left the front end of the car with significant damage.

“We lost something like a minute and a half [with the brake change], and we were unlucky with other cars pitting under slow zones,” said Sims.

“We were back in the mix for second place when the #63 car had its suspension issue [after around eight hours], and getting back into contention for the lead relied on the #92 having an issue, but that’s what’s happened.

Porsche ended up securing the final GTE Pro win at Le Mans with the #91 car of Gianmaria Bruni, Richard Lietz and Frederic Makowiecki.