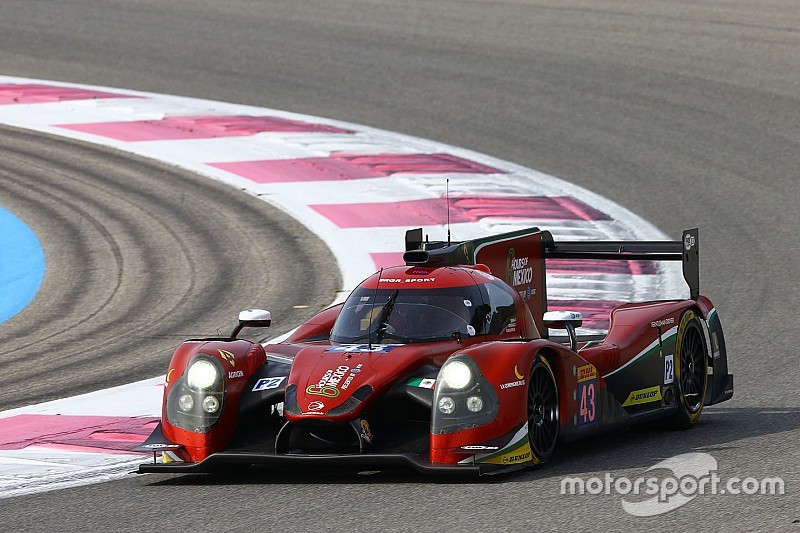 RGR Sport by Morand driver Bruno Senna is still confident of the team's chances for Le Mans and WEC top honours - although he admits the goal is appearing "harder and harder" to achieve as the season approaches.

Senna will drive the #43 Ligier JS P2 with team owner Ricardo Gonzalez and Filipe Albuquerque, battling against 10 other full-time WEC entries in the LMP2 class.

“We started with the goal of winning races, Le Mans and the championship - and that job became harder and harder as time went on,” said Senna to Motorsport.com during the WEC Prologue at Paul Ricard.

“And now it’s really, really hard with so many cars with a good chance to win, really amazing drivers throughout the field - so yeah, it’s going to be tough.

“But we believe in the team we put together and so I think we should always be fighting for the top three, and hopefully we can get some race wins, especially Le Mans."

Talking about RGR Sport's rivals, Senna said he expects the Ligier JS P2 car of Extreme Speed Motorsports to run at a similar pace - and noted he is wary of the Orecas and the SMP'S BR01 machines.

“Obviously, we saw the Orecas going very well in many different situations, so I think it is going to be pretty tough.

“We don’t know where the Russians [SMP] are yet, because it’s a new car, everything with the Dunlops, so there’s a lot of doubt about where the limit of that one is - but again they have a good driver line-up, so should be a big challenge for everybody.”

With less than a month left until the season-opening 6 Hours of Silverstone, Senna was happy with the pace the #43 showed in the WEC Prologue test at Paul Ricard.

The team's Ligier placed fifth among the LMP2 challengers in the combined testing classification, its best lap coming from Senna in the final session.

“It’s fantastic, we have good grip in the technical corners and it just gave me a great feeling, the car is really nice to drive,” Senna said.

Ending the streak of misfortune at Le Mans

Looking ahead at the big-ticket event – the 24 Hours of Le Mans - Senna is hoping that he can finally finish at the front this year after coming up short thrice in his career.

The Brazilian made his Le Mans debut back in 2009 in the LMP1 category with Team Oreca-Matmut AIM, the car managing only 219 laps.

He came back in 2013 and 2014 with Aston Martin Racing in the GTE Pro category, retiring in the former year and finishing sixth in class in the latter year, albeit a full 29 laps down on the class leader.

“I had a two very close calls of being on the podium or winning Le Mans for two years in a row, unfortunately they got cut short,” he said.

“At the moment Le Mans is my enemy but I want to make it my friend. If we get on the podium, I’ll be very happy.

“Le Mans is the race so far I haven’t managed to finish [at the front], for one reason or another, and I hope that we break this duck this year with a great podium and a win."