SUPER GT championship leader Yuhi Sekiguchi will not race in the Le Mans 24 Hours next weekend with the CarGuy Racing Ferrari squad as planned, the team has announced.

Sekiguchi had been set for his first outing at La Sarthe when he was confirmed as CarGuy's third driver alongside Kei Cozzolino and Takeshi Kimura for the FIA World Endurance Championship showpiece event last month.

However, the team announced on Tuesday that Sekiguchi - who races in Super Formula in Japan as well as in SUPER GT - will now not be able to participate owing to travel restrictions.

The team had been hoping to run an all-Japanese line-up, but instead has recruited Frenchman Vincent Abril to complete its roster of drivers for its Ferrari 488 GTE.

Abril made his Le Mans debut last year driving alongside Louis and Phillipe Prette in a Proton Competition-run Porsche 911 RSR, the trio finishing 16th in class.

Asian Le Mans Series regular CarGuy Racing was a late addition to the Le Mans entry list after taking over the entry of fellow GTE Am Ferrari squad MR Racing. 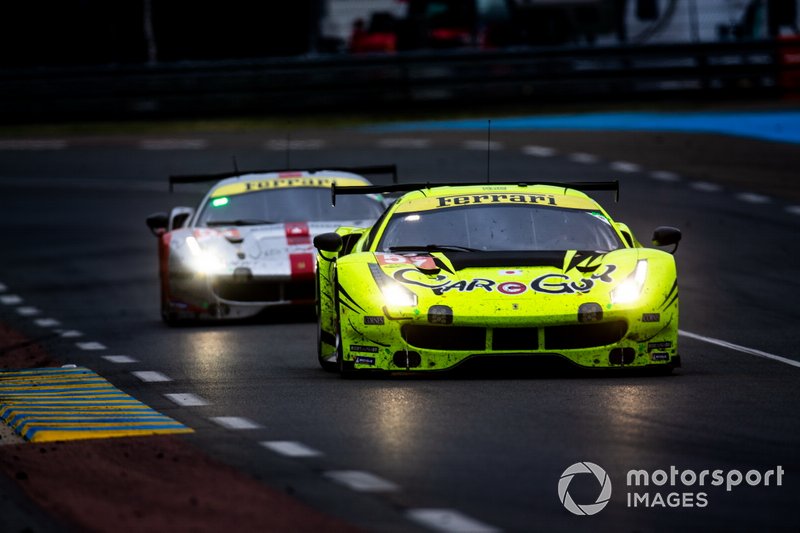 It's understood that MR team owner and gentleman racer Motoaki Ishikawa, who is involved in the health industry in Japan, withdrew his team from the Spa WEC round because he felt it would be irresponsible to travel to Europe once the COVID-19 pandemic took hold.

Sekiguchi meanwhile would have faced a logistical challenge to race at Le Mans as the Okayama round of the Super Formula series takes place the following weekend.

Kobayashi, Nakajima and Yamashita were all granted special dispensation to race in the Motegi Super Formula opener despite not completing 14 days in quarantine after the Spa WEC race.