Scott Tucker and Level 5 getting to Le Mans 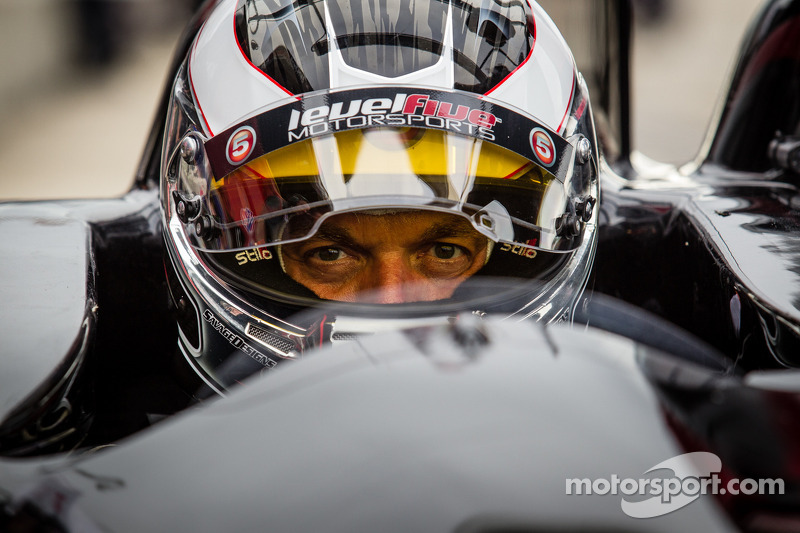 As Level 5 Motorsports prepares to return to France for the 24 Hours of Le Mans, we are taking an in-depth look at the preparation that goes into fielding a world-class entry into the world's most prestigious endurance race.

MADISON, Wis. — For U.S.-based teams competing in the prestigious 24 Hours of Le Mans, getting everything packed up and sent overseas can be one of the biggest challenges of the entire month-long event in France. With limited space, shipping restrictions and a tight timeframe, there is no room for error, especially when leading up to the most important race of the year.

But as Level 5 Motorsports embarks on its third consecutive trek to Le Mans, the three-time and defending American Le Mans Series presented by Tequila Patrón championship-winning organization is well prepared for the task at hand, in having its logistics plan already down to a science.

While planning has been months in the making, work began in earnest when the team’s transporters arrived back at its Madison, Wis. shop less than two weeks ago following the most recent ALMS race at Mazda Raceway Laguna Seca.

Level 5’s two Honda Performance Development ARX-03b LMP2 race cars were stripped down and then rebuilt from the ground up, while the team also began the tedious task of packing a full stock of spare parts and garage equipment into 33 separate custom-built shipping containers for the transatlantic journey. 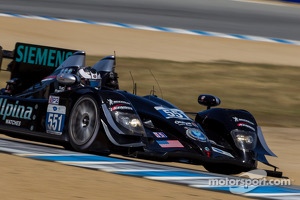 "I think Level 5 is known for how well-staffed we are and our depth of experience,” explains team manager David Stone. "Having done it numerous times before and having proper containers from Quentor that are custom-built to hold everything specific makes the process much easier. It’s not like trying to put everything in a bunch of generic wooden crates. Everything has a place. That makes all the difference in the world.”

Unlike some teams that opt to send equipment via sea freight, which can take up to three weeks, Level 5 relies entirely on air freight to get its kit over to France in a much more timely fashion. Working with transport partner First Air, the crates will be picked up at the team’s shop on May 28 before flying from Chicago to London, then driven to Le Mans in three curtain-side tractor trailers. The total freight, including both LMP2 cars, is expected to be more than 15 tons.

The massive effort is being coordinated by crew chief Ken Swan and Charissa Cobb who are heading up Level 5’s logistics. Their duties include sorting through near-endless amounts of paperwork to ensure every piece of equipment, from gear clusters and wheels to stationary bikes and massage tables, are accounted for and will clear customs upon arrival.

"Right now, it's mostly making sure everything's going to get there correctly with the carnets and making sure we load everything correctly so it will get there in one piece,” Swan explains. “Once we get there, it will be about making sure items are going where we need them to go. With 33 crates, it's a case of unloading everything and figuring out where they need to go. Some will go to the DAMS shop we're working out of and the others to the garage tent.”

While initial assembly of the team’s pit box begins early next week, the majority of the Level 5 team will fly over on June 2 to start their 24-day trip. More than 30 crew members will make the journey this year, most of whom already have multiple Le Mans events and other 24-hour races under their belt, making the entire process that much easier for all involved.

"I think doing this race repeatedly really helps,” Swan says. “It's nice to go back to your notes from past years on how we laid out the tent and how we loaded up the crates. Each time you compete in a race, the magnitude of Le Mans just makes you that much more prepared the next time you do it. If you're a first-time team going over, there's a lot of forms, processes and procedures to learn to ensure smooth sailing.

“It's amazing how much you think you know the first time you go, that you realize you don't know until you've done it a few times. For a new team going over, I don't think you realize how much goes into Le Mans. It's like Indy. There's just so much that needs to happen.”

Cooper MacNeil interview: "To be part of such a legendary event..."