Risi Competizione proved itself to be on a par with established top LMP2 squads like United Autosports and JOTA in its Le Mans 24 Hours debut in the class, believes Oliver Jarvis.

Best known for its exploits running Ferrari GT machinery in recent years, Risi branched out into the LMP2 ranks this year with an Oreca 07-Gibson, entering the Monza round of the FIA World Endurance Championship ahead of its first prototype outing at Le Mans since 1998.

But the race itself at La Sarthe was a different story, as the team lost ground with a variety of setbacks before an engine failure left the American squad unclassified at the finish.

“We had our fair share of issues, but they were all totally out of our control and nothing to do with the preparation of the team,” Jarvis told Motorsport.com. “It’s a shame not to get the reward for the effort the team made and the performance we showed, which for me was up there with every other team.

“We were definitely capable of fighting for a podium. On pure performance, the car was up there with United, WRT and JOTA. And in such a small amount of time, it’s a huge testament to the Risi team and all the work that [team manager] Gary Holland and all the guys put in.”

Risi could only manage 14th in the 24-strong LMP2 field in qualifying, although Jarvis noted that traffic during the one-hour session on Wednesday evening was an “absolute nightmare” and that “if you look at the sectors, we were more than capable of being in the top six and making Hyperpole.”

The team showed strong pace during the race, with Nasr setting the third-fastest lap of the race in class, but issues almost from the off prevented the team from exploiting that speed.

Jarvis recalled: “Very early on a rear section of the bodywork started to come off and we lost a lot of downforce. It made the car almost undriveable in the wet, we really struggled with huge amounts of oversteer.

“We noticed at the first stop the rear section was coming loose. They tried to remove it, but they couldn’t get it off. The pins had been damaged, so it wasn’t a simple change. We took the decision to continue and waited until the first safety car to change the bodywork.

“We were three or four laps down, but the car was extremely quick. At that stage we were still hoping for a top eight, until we got debris in the intercooler, which created an oil leak.

“We had to come in, that got repaired, we went back out. We were well out of it, then finally we had an engine blow-up. It was caused by a valve in the end, very rare with the Gibson engine.” 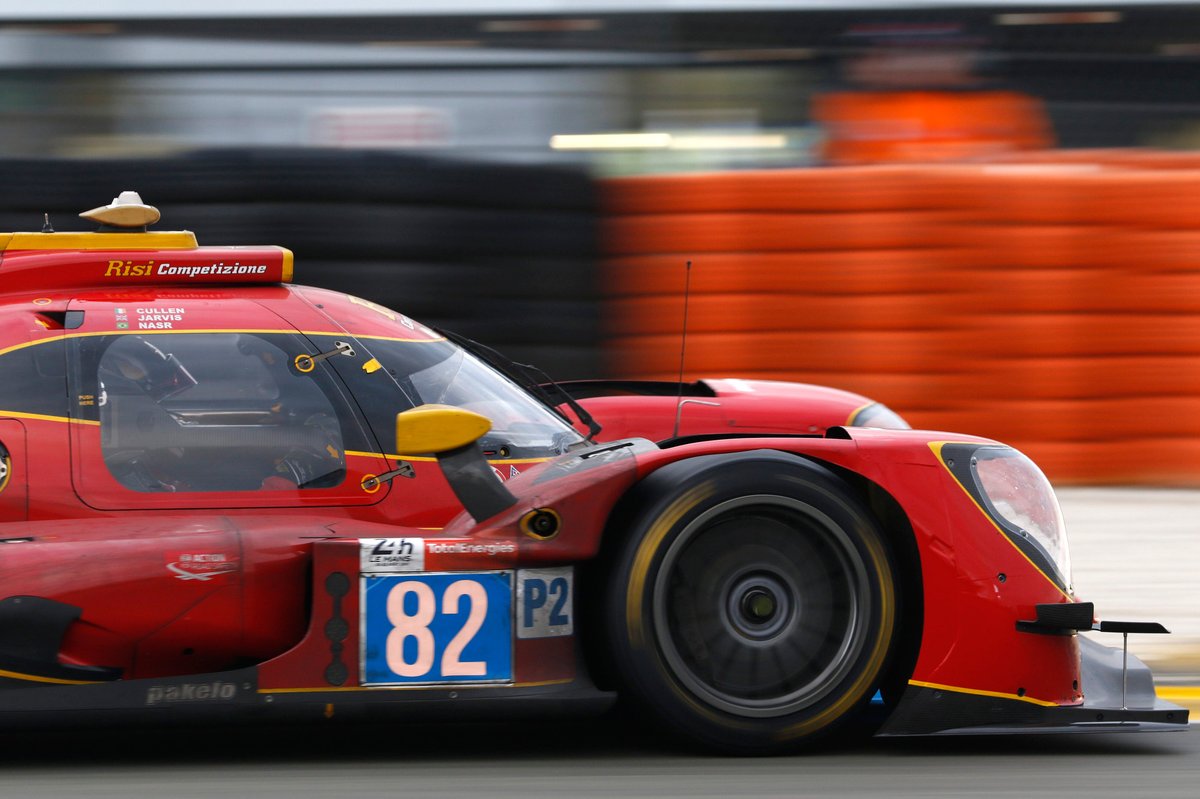 As well as recruiting ex-JOTA man Holland, who also works as team manager for the Dragon/Penske Autosport Formula E team, Risi also brought on board Andrew Sayer and James Goodfield as race engineer and performance engineer respectively for its LMP2 project.

Jarvis contrasted Risi’s build-up to his 2020 experience with a last-minute call-up to join Cullen and Nick Tandy as part of an Algarve Pro Racing-run G-Drive Racing entry.

“This year we were much better prepared because we had the car for five months [prior to Le Mans],” said Jarvis. “It’s nothing to compared to some of the competitors, but what they achieved in five months, I was really impressed by the team.

“They showed it in the past, but now they’ve showed they can do it in LMP2 as well even though things didn’t quite go our way. I would definitely compare them to the likes of JOTA and United.

“The level in LMP2 has gone up so much in the last four or five years but I think the team is capable of operating at that level. I hope we can keep the team together and do more P2 races because they can be fighting for wins.”

Asked if he thinks Risi may enter its LMP2 in the final two races of the current WEC season at Bahrain, Jarvis replied: “The ideal scenario would be to continue with a view to preparing for next year.

“Le Mans is at such a high level now, you can’t do what we did last year and just arrive with a car for just two weeks before. You need that eight months to a year of preparation.

“Even if they don’t race again this year, I’d love to see them do a full programme next year, regardless of my involvement. The team has a huge amount of potential, and I like to think the pace we had will motivate the team continue and spark other people’s interest in the team."

Risi Ferrari the "serial bridesmaid" after second at The Glen