The US Ferrari team has filed an entry for the race under its own name for the first time since 2017 and is hoping to be on the grid in GTE Pro for the blue-riband FIA World Endurance Championship round on June 15/16.

Team owner Giuseppe Risi told Motorsport.com: "We have put in an entry as ourselves and want to go back. We feel there is a level-playing field at Le Mans."

Risi wouldn't be drawn on who would race its solo 488 GTE, but stated he was hopeful of having at least some Ferrari factory drivers in his line-up.

The team is likely to find out whether it has been successful in its bid for a Le Mans spot in March, when the second phase of the entry list is revealed by race organiser the Automobile Club de l'Ouest.

It ended a six-year hiatus from Le Mans in 2016 when it finished a close second in class to the new Ford GT.

Risi returned to the race in 2017 and then ran its Ferrari in the GTE Am ranks last year under the Keating Motorsports banner.

News of Risi's intended return to Le Mans follows Ferrari's revelation that will not field an additional entry alongside its two factory AF Corse WEC cars this year.

Risi took second place in GT Le Mans at last weekend's rain-shortened Rolex 24 at Daytona, but has no plans to contest further rounds of the IMSA WeatherTech SportsCar Championship this year.

The team believes that the Ferrari isn't competitive under the IMSA championship's Balance of Performance and needs some help to be able to compete with the two-car factory entries from Porsche, Ford, Chevrolet and BMW. 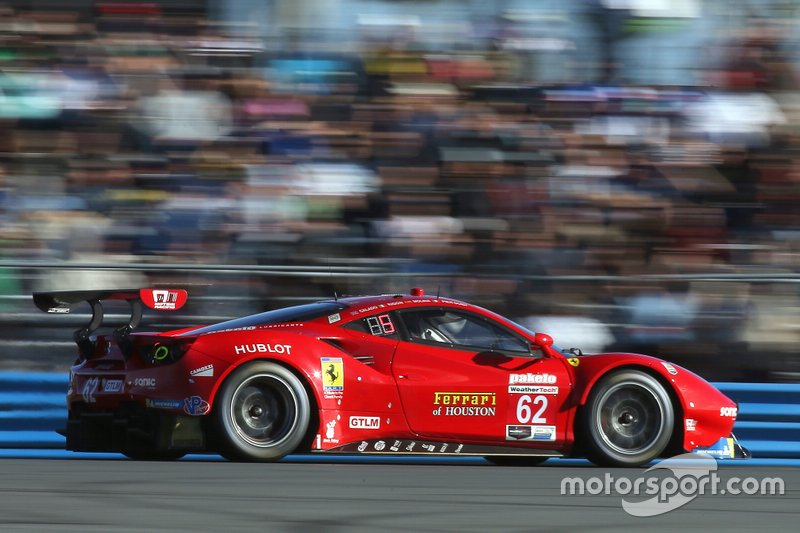 Wehrlein in line for Le Mans, IndyCar outings in 2019