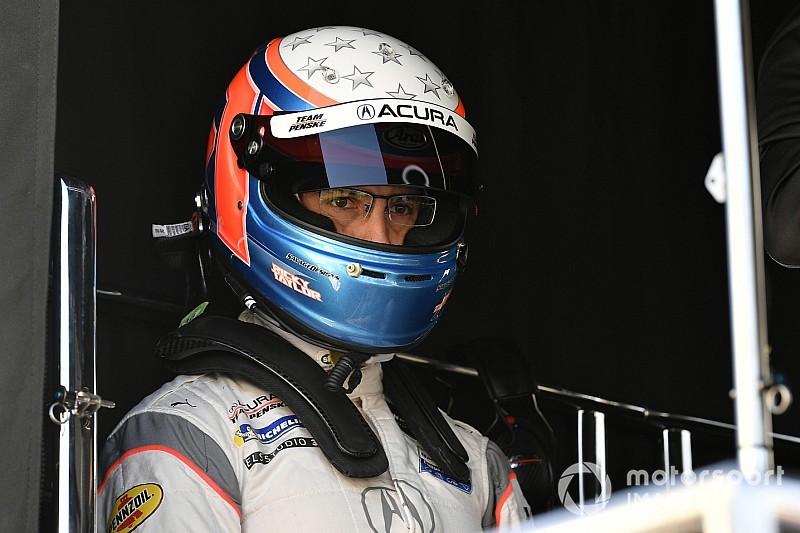 The American will share the car with Jordan King and David Heinemeier Hansson, who took class victory together with Will Stevens at last month's Sebring WEC round.

Ex-Formula 1 driver Stevens will be on duty at Le Mans with the Panis-Barthez Competition team with which he is contesting this year's European Le Mans Series.

Taylor said: “I would like to first thank the Jackie Chan DC Racing their warm welcome to the team and the opportunity to race for them.

“I have seen the team in action at Daytona and Le Mans over the last few years and it is evident they are one of the best outfits in the LMP2 field.

“Racing with them and also David and Jordan at Le Mans this year will provide perhaps my best chance at success in the great race, so I can’t wait to get started soon.”

Team boss Sam Hignett told Motorsport.com: "We have had a close relationship with Wayne Taylor Racing [run by Ricky's father] since they helped us out when we did the Daytona 24 Hours in 2018.

"It's always been our aim to get Ricky or Jordan [his brother] in one of our cars at Le Mans. I'm confident that we've put a good line-up together."

Taylor, 29, has contested Le Mans on five previous occasions, including last year in a Ligier JS P217 entered under the DC Racing banner.

The car was run by the factory OAK Racing Ligier team after it took over the DC Racing entry spots it was awarded for its successes in the previous winter's Asian Le Mans Series.

Elsewhere, it has been confirmed that Toni Vilander and Rob Smith will join Cooper MacNeil at the wheel of the #62 WeatherTech Racing Ferrari 488 GTE in the GTE Am class.

Factory Ferrari driver Vilander will be making his first start in the Am division, having previously made 10 appearances in GT2/GTE Pro and scoring two class wins, while Smith is a former Am class winner in 2017 with the JMW Ferrari team.