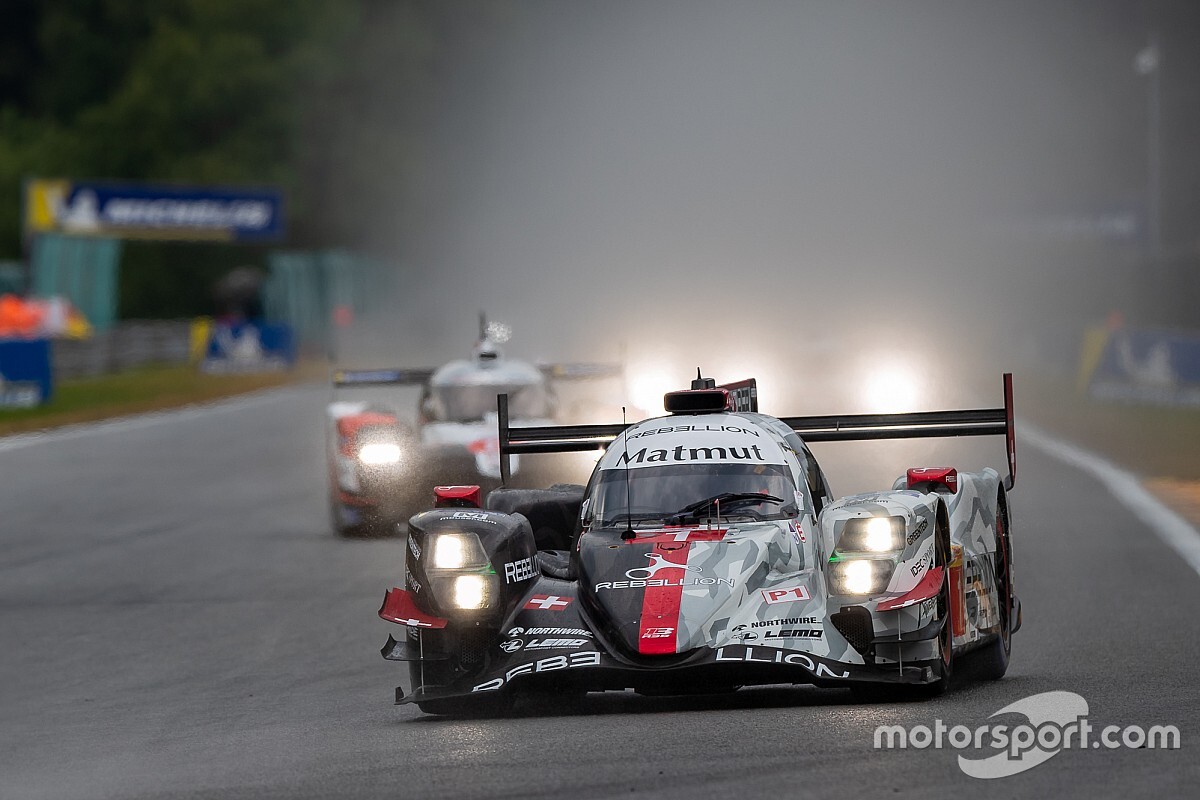 Rebellion Racing admits that a wet Le Mans 24 Hours would be a "nightmare" scenario following its poor showing in the rain-affected Spa FIA World Endurance Championship round.

The Swiss team, which has won two rounds of the 2019/20 WEC season so far in Shanghai and Austin, finished a distant third behind the two Toyota TS050 Hybrids in last month's Spa race, dropping a lap in the treacherous conditions of the first couple of hours.

In the dry, the Rebellion R-13 shared by Bruno Senna, Gustavo Menezes and Norman Nato took pole ahead of Toyotas, but struggled in the wet to the extent that it spent a portion of the race trailing the ENSO CLM/P1 of sole privateer LMP1 rival ByKolles.

Rebellion CEO Calim Bouhadra said that while he is "optimistic" of being able to threaten Toyota at Le Mans in good weather, his team will have little chance if it rains.

"I will be very honest, we have to be realistic," Bouhadra told Motorsport.com. "The race at Spa was exactly what we expected. We can’t do miracles, having a hybrid car with four-wheel drive is a big advantage in the rain.

"We were very quick, we showed it with the pole, but only in perfect conditions. You can do whatever you want with the EoT, but this is the limit of the car.

"For me it would be a nightmare, to have a good EoT but to have a Le Mans where it’s raining. Definitely we would lose our chance to compete."

Senna concurred that any chance of upsetting Toyota will be lost if the weather intervenes this weekend at La Sarthe.

"The car just doesn't work in the wet and we don't really have any answers," said the Brazilian driver. "Maybe it's something to do with the suspension kinematics, but that's just speculation on my part.

Bouhadra believes that the changes to this year's Le Mans EoT, most notably the provision that will allow the privateer LMP1s to do the same 11-lap stints as the Toyotas, will make a "big difference" to Rebellion's chances of challenging in the dry.

"It’s going to bring us in the competition, and make it a more attractive situation, not just for Rebellion but for all the teams and drivers," he said.

"The cars will be closer, any mistakes will hand an advantage to the other team, so you have to always pay attention and not get too comfortable during the race. Everything will be more intense, and this is what we love about racing."

Rebellion will be fielding its second R-13 for the first time since last year's Silverstone opener at Le Mans, having abandoned plans to bring it back for Spa in favour of a private test.

Bouhadra is convinced that the #3 crew of two-time Le Mans winner Romain Dumas, Formula 2 regular Louis Deletraz and Nathanael Berthon will be a match for their opposite numbers in Rebellion's full-season #1 entry.

"I think they will be at the same level [as car #1]," said Bouhadra of the #3 crew. "Romain we know very well from our adventure in the Dakar, and Louis is young and very talented and has the potential to be in Formula 1.

"When you put them together with a guy like Nathanael, who knows the car, and is very consistent, which is important at Le Mans, I’m sure these three guys will fight very closely with car #1, so I’m happy."