Positive start to proceedings for the ORECA 03R and Alpine A450b 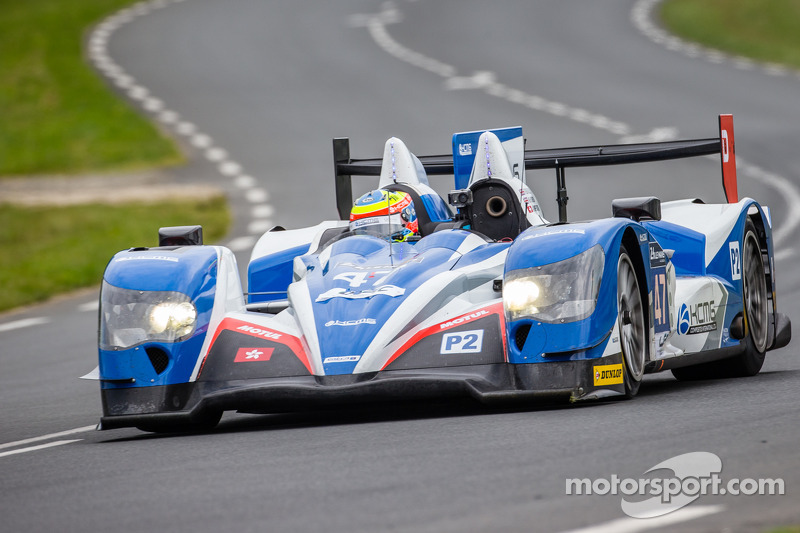 As the most represented constructor in the prototype categories at the 2014 Le Mans 24 Hours, ORECA, which is also powering six cars through its engine department, had a good start on Wednesday. While Murphy Prototypes and SMP Racing had the second and third fastest times in free practice, Signatech-Alpine and KCMG (in photo) claimed the second and third qualifying times with the Alpine A450b, designed and built by ORECA, and the ORECA 03R.

The first day of practice and qualifying on the 24 Hours of Le Mans circuit was marked by several interruptions: Three red flags during four hours of free practice, and two more during the first of three total qualifying sessions. Although the teams saw their track time reduced, they were nonetheless able to focus on setting the car up for the race, such as KCMG, fifth in free practice and third in first qualifying : "There were several red flags that kept us from running, but overall we are satisfied with our sessions.," underlined Maarten De Busser, team manager for the Chinese team. "We tried new things during practice and we weren’t necessarily happy, but we found the right solution during qualifying. We took a good step forward even though we weren’t able to complete our scheduled program thanks to the red flags. Our plan was to qualify all three drivers tonight, so that will be a priority tomorrow. There are still improvements to be had with the car, and we know in what direction to go with them."

With its two ORECA 03R entries, SMP Racing had a day with more mixed results. Third in practice with the No. 37 ORECA 03R, the Russian team had one of its two cars have an incident in qualifying. "I think I hit debris and I lost the car," explains Nicolas Minassian. "It’s frustrating because we are tyring to work calmly and to head into the race under good conditions. Now, the team will have to work hard to put the car back together. It’s even more disappointing because the free practice was so positive. The car is handling well and it’s very comfortable for race conditions. The feeling was good with the car. We know we won’t be the fastest over a single lap, but we will be competitive over the course of the race. We will work hard tomorrow to get back on the right track."

While the Alpine A450b is on the provisional front row of LM P2 and the KCMG ORECA 03R is currently third, Race Performance sits in fifth place. "Everything went well " said Franck Mailleux. "We are close to what we saw during the Test Day and the goal was to get things right, notably with getting track time for John (Lancaster), who is discovering the circuit, the car and night driving, as well as Michel (Frey). We tried to go for a fast time at the start of qualifying but I had a tire go down. We know that we can do better than this laptime. The goal is to be at least in the top ten, knowing that we will have to be solid for Saturday and Sunday. We will continue on our plan without making much noise."

Also present with an ORECA 03R, Murphy Prototypes concluded the first qualifying session in sixth. Sébastien Loeb Racing completes the top 10, followed by the No.27 ORECA 03R of SMP Racing.