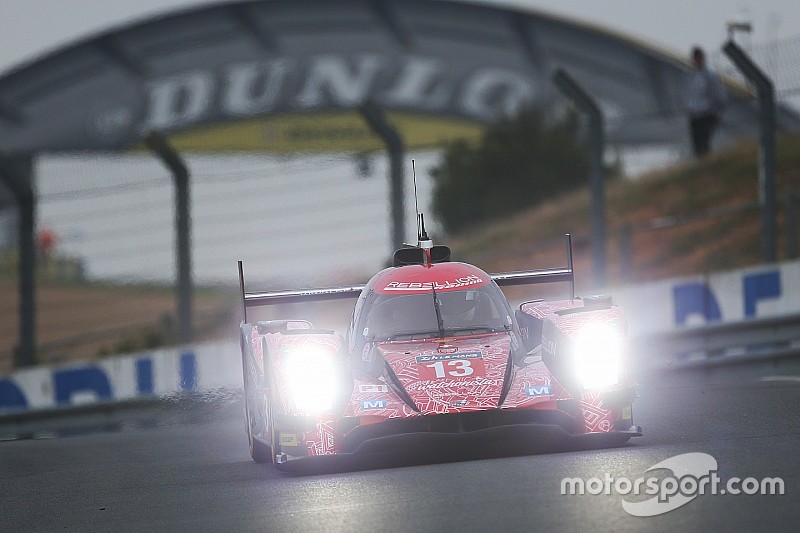 All the Rebellion Racing drivers were present at the Test Day.

The official Test Day for the 84th edition of the Le Mans 24 Hours was a productive one as the Swiss team’s Rebellion R-One AER cars set the fastest LMP1 Privateer times, and secured 7th and 8th fastest lap times overall.

All the Rebellion Racing drivers were present at the Test Day. The #12 Rebellion R-One AER was driven by Nicolas Prost, Nick Heidfeld and Nelson Piquet Jr and car #13 by Alexandre Imperatori, Dominik Kraihamer and Mathéo Tuscher.

Mathéo Tuscher is a rookie at Le Mans, he completed his mandatory laps and Nelson Piquet was back at Le Mans ten years after his debut at La Sarthe (driving a GT Aston Martin DBR9).

The #13 Rebellion R-One driven by Alexandre Imperatori, Dominik Kraihamer and Mathéo Tuscher was the quickest of the team’s two cars with a fastest lap time of 3:27.092 closely followed by car #12 of Nick Heidfeld, Nicolas Prost and Nelson Piquet Jr on a 3:27.117.

Both fastest laptimes were achieved during the morning session. The afternoon session was shortened due to the crash of an LMP2 car and no improvment was possible as most of the teams planned to go for their new tyre runs during the last stage of the afternoon.

Rebellion Racing is pleased with the work achieved and the reliability of the cars during the official Test Day, as it is the only chance to test on the Le Mans circuit ahead of the toughest race in the world.

The Rebellion R-One AER cars completed a combined total of 173 laps, representing a 2357.8 km ; 1144.83 km by car #12 and 1212.98 by car #13.
The Swiss team gathered valuable data on this challenging track, the engineers and drivers were satisfied with the setup changes.

The endurance of the Dunlop tyres was evaluated and the team have a clearer view regarding tyre compound and construction choices for the race week. The AER engineers explored various mapping options recording the data needed to optimise engine efficiency for the 24 hour enduro.

A shakedown of both cars with their race engines and gearboxes has been scheduled for Tuesday 7th June.

Bart Hayden – Rebellion Racing Team Manager: "It’s nice to have a day where we could focus on set-up changes rather than having to deal with any technical issues. Both cars covered a high number of laps and the pace and reliability was very encouraging. We have gathered plenty of data which we now need to analyse; this sucessful test day sets us up well for the race week."