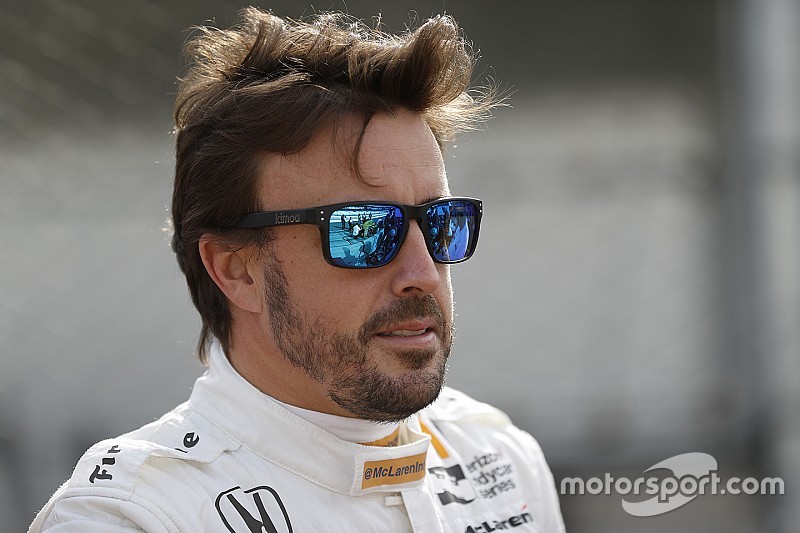 The Porsche and Toyota LMP1 teams have both poured cold water on the idea of running Fernando Alonso in next year’s Le Mans 24 Hours.

Since taking the decision to skip Formula 1’s Monaco Grand Prix in favour of an assault on the Indianapolis 500 with McLaren’s blessing, Alonso has spoken of his ambition to complete racing’s Triple Crown with victories at Indy and Le Mans.

Discussions were held about the Spaniard potentially joining Porsche’s LMP1 squad for the 2015 running of the French endurance classic, but came to nothing.

When asked by Motorsport.com if any thought had been given to running Alonso for the 2018 race in light of the two-time F1 champion’s Indy ambitions, Porsche team boss Andreas Seidl was adamant there would be no space for him.

“At the moment it’s not on the table on our side because we only have two cars and I do not see that changing for next year,” explained Seidl.

“With the six drivers we have right now, we are very happy. We have no seats available.

“It would have been easier in 2015 with the third car. We had talks there, it didn’t work out in the end. At the moment there are no options available on our side.”

Asked if all six full-time Porsche drivers were under contract for next season, Seidl replied: “We always plan long-term.”

Toyota’s Rob Leupen was similarly dismissive of the prospect of his team being able to accommodate Alonso for a Le Mans victory bid in 2018, even as part of a three-car line-up.

“From my point of view, it has to be balanced within the team,” Leupen told Motorsport.com. “It’s not a priority to get a big name in. There is no focus on this at all.

“Of course you would listen [if he approached Toyota], but for us it’s not something we would say we are interested in. Not at all.”

Lieb set to be Porsche reserve driver for Le Mans